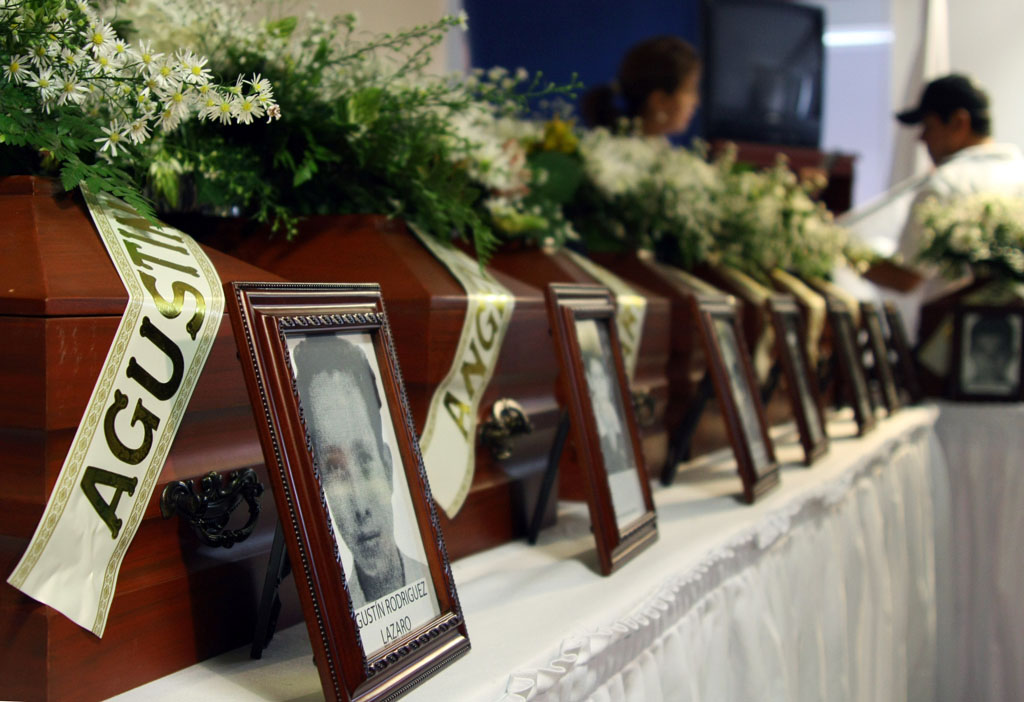 The urns with the remains of people that were missing, are seen during a ceremony on July 09, 2010, in Cucuta, Norte de Santander department, Colombia. Relatives of 18 victims assassinated by the United Self-Defense Forces of Colombia (AUC) between 2001 and 2003 received the remains of their loved ones in the framework of the country's peace process. AFP PHOTO/Manuel Hernandez (Photo credit should read MANUEL HERNANDEZ/AFP/Getty Images)
Credit: AFP
Share

One of Colombia's most important paramilitary commanders has been captured by Venezuelan authorities, putting an end, say analysts, to paramilitarism in Colombia.

Hector German Buitrago, aka Martin Llanos, and his brother Nelson Orlando Buitrago, aka Caballo, headed one of Colombia's most important paramilitary groups, which is blamed for the deaths of more than 10,000 people.

Their father Hector Jose Buitrago formed the group but was arrested in April 2010, while his sons fled Colombia before finally setteling in neighboring Venezuela, writes Jeremy McDermott of InSight Crime.

Llanos, 44, is wanted for multiple counts of murder, terrorism, kidnapping and extortion. Colombian Police Chief General Oscar Naranjo said that the arrests marked the "end of paramilitarism" in Colombia.

The pair will be turned over to Colombian authorities on Thursday, the day before the countries' defense ministers are due to meet.

Colombia and Venezuela have suffered troubled relations over the years. Diplomatic ties were severed in 2010 when then President Alvaro Uribe accused Venezuela of harboring rebels from the left-wing Revolutionary Armed Forces of Colombia (FARC).

Uribe's successor, Juan Manuel Santos, differed in his approach to his counterpart Hugo Chávez in Venezuela, placating him in order to revive trade between the nations. Five years ago, bilateral trade was at $7 billion. In 2010, it had plummeted to just over $1 billion.

Things have not gone smoothly, however. Just last month, Chávez swore Henry Rangel Silva in as his Defence Minister, a controversial choice as he is accused by the United States of aiding drug trafficking and pushing for co-operation between the Venezuelan government and FARC.