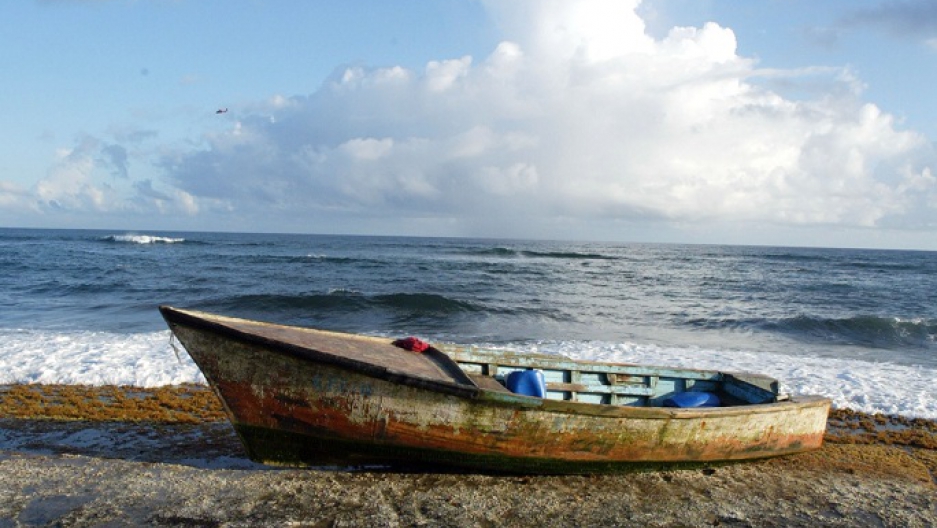 Thousands from the Dominican Republic attempt to get to Puerto Rico by sea every year. This boat carried 12 illegal immigrants to Aguadilla, Puerto Rico in April 2004 - a year which saw the number of illegal migrants attempting the journey soar.
Credit: Joe Raedle
Share


Authorities told AFP that the boat was carrying up to 72 people when it overturned in rough weather early on Saturday morning in Samana Bay off the northern Dominican coast.


The news agency reports that Dominican authorities were alerted several hours later and immediately launched a search and rescue operation.

By Sunday evening 11 people had been rescued, AP reports, but it was unclear whether the unaccounted for were considered missing or had swum to safety.  The same article says that there may have been Cubans and Haitians as well as Dominicans on board.


Of the 16 dead, 11 were men and 5 were women, Civil Defence Director, Luis Frias is quoted as saying.


CNN says that the civil defence department, the Dominican navy, the Dominican air force and national police were all involved in the sea and air search.


The US Coast Guard is also helping with the operation, Local 10 news in Florida reported. It said that an HC-144 Ocean Sentry aircraft was sent from Guantanamo Bay, Cuba, and that the Coast Guard cutter Sapelo and a MH-65 Dolphin helicopter were diverted from bases in Puerto Rico.


AP’s reporter in Santo Domingo said the migrants had left from near the town of Nagua, on the Dominican Republic’s northeast coast and were attempting to get to Puerto Rico.

“Thousands of Dominican migrants try to reach Puerto Rico as illegal immigrants in open boats that are ill-suited to the treacherous journey,” the reporter wrote.