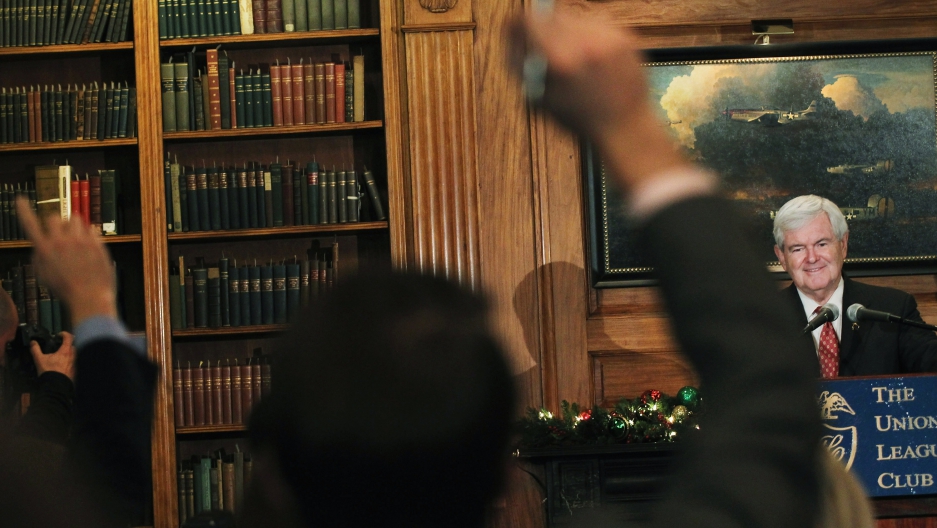 Republican presidential candidate and former Speaker of the House Newt Gingrich speaks to the media at the Union League Club following an earlier meeting with Donald Trump at Trump Tower on December 5, 2011 in New York City. Gingrich, who's seen a surge in polls in recent weeks, attended a town hall event December 3, hosted by the Tea Party of Staten Island.
Credit: Spencer Platt
Share

Some of the protests are working. The Times said the Tea Party helped kill a high-speed rail project in Florida and a project meant to ease road congestion in Maine. At a City Council meeting in Montana, activists were so disruptive that the police came.

More from GlobalPost: Donald Trump to make an endorsement announcement

Tea Party mistrust of sustainability goes back to Agenda 21, a resolution the United Nations passed in 1992. The non-binding Agenda 21 encourages nations to limit rural development, reduce sprawl, improve transportation planning and find other ways to be more environmentally-friendly.

Conservative politicians have also spoken out against the UN resolution. Newt Gingrich, a candidate for the Republican Party presidential nomination, said that Tea Party members are very worried about Agenda 21, reported CNN. And he said their worry is justified.

"It's part of a general problem of the United Nations and other international bureaucracies that are seeking to create an extra constitutional control over us," he announced at a Tea Party event.