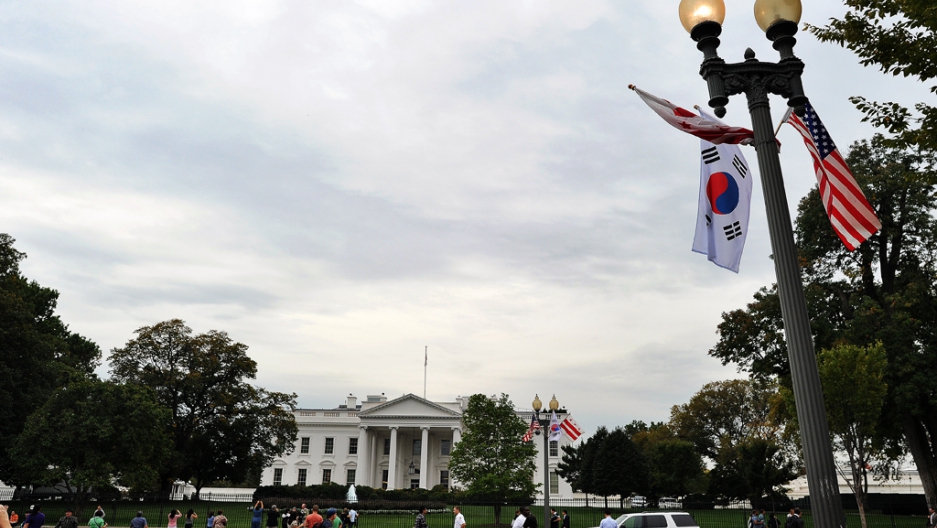 Lamp posts near the White House are adorned with South Korean and U.S. national flags on Oct. 11, 2011, ahead of the state visit by South Korea's President Lee Myung-Bak.
Credit: Jewel Samad
Share

In January, Park intented to mock the North Korean government on his Twitter account, he said. He also uploaded North Korean propaganda posters online, but he had replaced a soldier's face in the image with his own and substituted the soldier's weapon with a bottle of whiskey. After he re-tweeted the message praising Kim Jong Il, which was originally posted online from North Korea's official account, he was detained by South Korean authorities for breaking the National Security Law. The law bans "acts that benefit the enemy," BBC says.

The controversial law has been aggressively used against South Korean citizens to prevent North Korea's communist policies from spreading. In 2007, South Korean police arrested a man who supposedly sold pro-North Korean books on his website, reports The New York Times.

Amnesty International has become involved with Park's case. Zarifi told BBC today that "imprisoning anyone for peaceful expression of their opinions violates international law" and that the South Korean government was "failing to understand sarcasm." Park has been detained since Jan. 11.