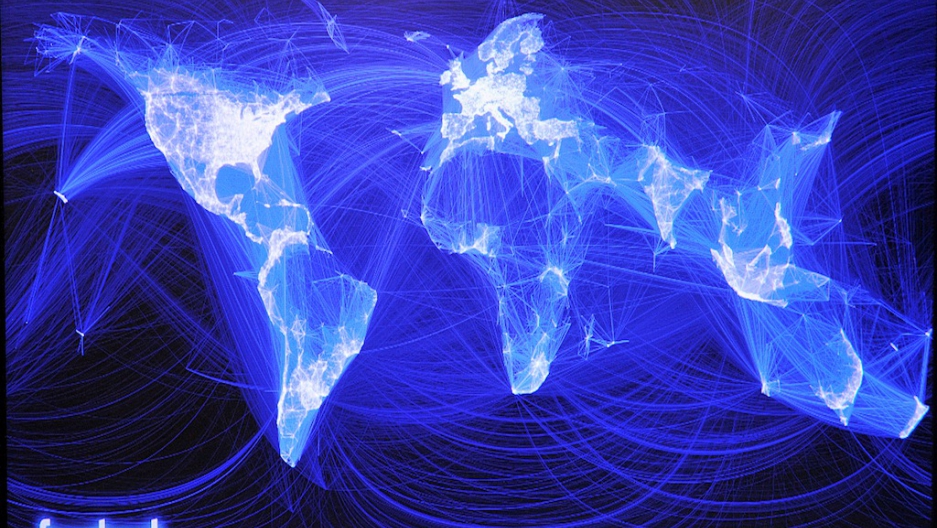 EU floats online “right to be forgotten." This photo taken Dec. 14, 2010 shows a map on a page from the Facebook social network site.The map displays friendships as lights on a deep blue background. The eastern half of the United States and Europe shine the brightest, while China, Russia and central Africa, where Facebook has little presence, are mainly dark.
Credit: Karen Bleier
Share

BOSTON — With all this hype about Facebook's public stock offering, it seems as if Facebook is dominating the world.

And Africa is part of that amazing growth, as new data shows that Facebook now has a user growth rate of 165 percent in the continent, according to ICTworks.

More from GlobalPost: Facebook IPO: Five things you should know

The report from oAfrica, which compares the total number of Facebook users to the total populations of African countries, reveals Facebook growth rates for the last 18 months.

Below are some notable numbers from the report.

The report notes that the high Facebook adoption rates in North Africa and South Africa skew the mean. So the median is a more accurate measure to describe the presence of Africa on Facebook.

There are more than 37 million Facebook users in Africa as of December 2011, as part of the Facebook's worldwide total of 800 million.

Google+, the search engine's social media tool, has 90 million users worldwide and has also seen steady growth with as many as 466,828 people from South Africa making use of its service, reported IT News Africa.

"How Africa Tweets," a new report, also discovered that South Africa has the most active Twitter population in Africa. In the last quarter of 2011, South African users tweeted more than 5 million 140-character messages, according to PCMag.

ICTworks points out, however, that increasing Facebook adoption in Africa may eventually slow down in more developmentally-advanced countries:

"Even if Facebook user growth rates settle at 25 percent annually, it could be ten years until Kenya boasts 30 percent of the population on Facebook. In 17 months, Kenya’s Facebook user rate has gone from 2 percent to 3 percent. South Africa’s is near 10 percent after increasing from 7 percent. This growth rate of 50 percent over 17 months for Kenya and South Africa — which we deem “mature” — suggests the challenges large nations face providing affordable Internet and connecting rural areas. Plus, even when Internet access is available, not everyone wants to use Facebook."

More from GlobalPost: Africa News: Business use of iPads is increasing