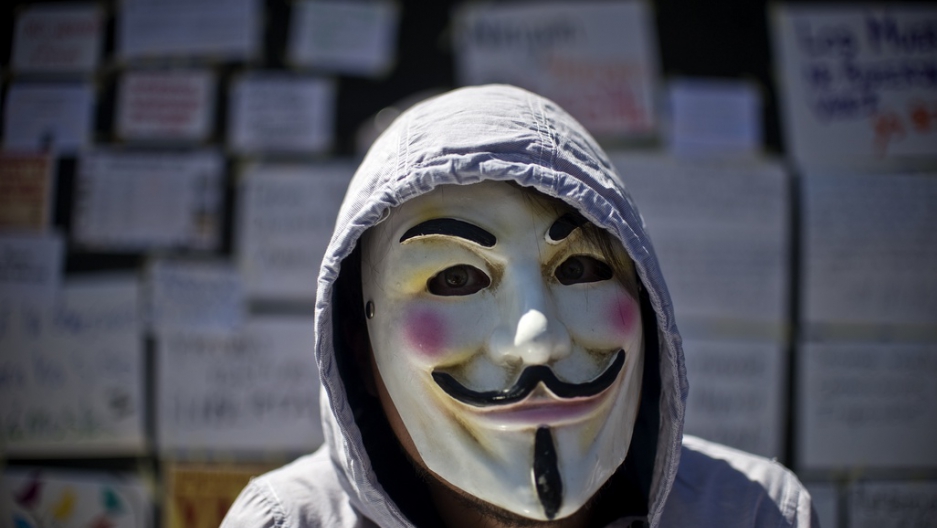 MEXICO CITY — On a bright day in January, a handful of demonstrators gathered in front of the gleaming mirrored panels of the Mexico City stock exchange, scribbling protest slogans on placards.

“THE OUTRAGED OF THE WORLD UNITE!” one banner announced.

Across the street, a lone police officer looked on. Pedestrians hardly looked up from their Blackberries as they passed the camp.

This is Mexico’s Occupy movement, almost four months in and struggling to maintain momentum. The "Outraged" as the occupiers call themselves, have 1,500 followers on Twitter, but only a few dozen active supporters.

Occupy World: Is Romania next?

Mexico, after all, is caught up in the middle of the war on drugs, a bloody fight that has claimed at least 47,000 lives since 2006, according to government figures. People have rallied instead behind the “No More Blood” anti-violence movement led by Javier Sicilia, a poet whose son was murdered by gang-members.

By contast, Mexico’s Occupy protesters, who focus on poverty and workers’ rights, have failed to win many followers. The movement has been entirely ignored by Mexico’s mainstream politicians.

“We have social networks,” said Jonas Gonzalez, a skinny art student. “But we haven’t been able to take advantage of them because of a shortage of personnel, a shortage of people who stay here,” he added.

Most of the tents lined up on the sidewalk were empty.

Occupy World: What does OWS say about America?

“We have one Carlos Slim and millions of poor people,” said Guadalupe Maya, a fashionably dressed psychology student who was sitting in the encampment’s main tent.

Carlos Slim, a Mexican telecoms industry magnate, is the richest man in the world, with an estimated net worth of $63 billion. By contrast, about a fifth of Mexico’s population subsists in extreme poverty.

The problem for the Occupy movement is that even though Mexico continues to struggle with ongoing problems of inequality and poverty, in the last fifteen years, an unprecedented number of young Mexicans have joined the country’s middle class.

Most young people aren’t taking to the streets to protest Carlos Slim. They just want to buy his cell phones.

While many Mexicans complain about the weak points in their country’s economy and the corruption in their government, most people in the country reserve their most vitriolic criticism for the recent wave of violence. People would rather see a return to the status quo than a revolution. At anti-violence rallies, a popular slogan is “out with the inept, in with the corrupt.”

The violence, once mostly contained in the pressure cooker along Mexico’s northern border, is now bursting out in an increasing number of cities and towns throughout the country, even singeing the capital city. Violence is emerging as a serious problem in cities from the agrarian state Michoacán to beach-side vacation destinations like Acapulco and Veracruz.

In the “Occupy” encampment in front of the stock exchange, I saw a sign that said “NO + [Blood],” hanging near the tents, a message from Sicilia’s anti-violence movement, a protest that has mobilized thousands of supporters in cities across Mexico. Under the words “sign here,” dozens of supporters had scribbled their names in black magic marker.

With its simple message, Sicilia’s campaign has won widespread backing. The poet was even granted a meeting with Mexico’s President, Felipe Calderon.

The Occupy movement, by contrast, isn’t trying to work with the president. “Our dialogue isn’t for the government, it’s for the people,” Maya said.

“I hope no other country suffers with the same democracy we have here,” she said, pressing her fingers together.

Behind her, there was a hand-written placard that said “THE STATE CAN ONLY SUSTAIN ITSELF THROUGH CRIME.”