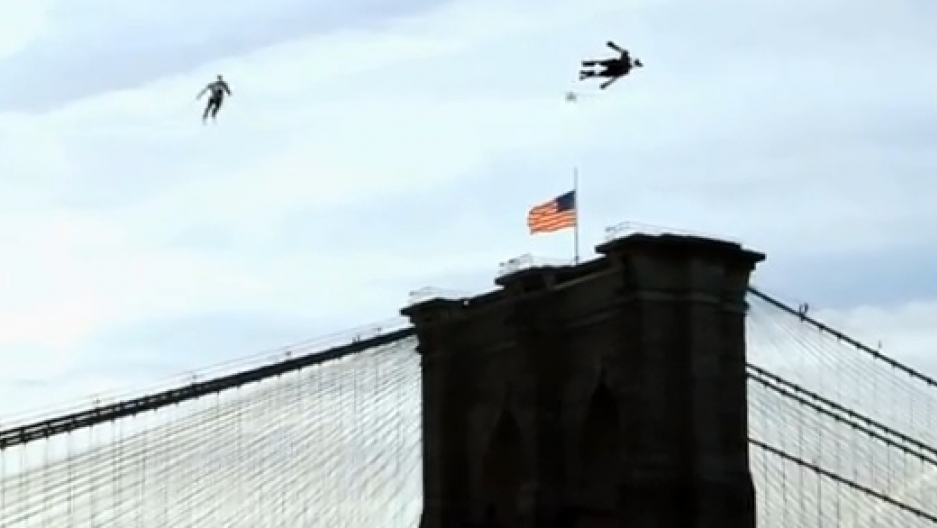 It's a bird, it's a plane, it's a marketing campaign.
Credit: ChronicalNYC
Share

If you've been in New York City the past couple of weeks and have noticed some flying people in the skies, you are not crazy.

Nor are you alone.

You are simply the victim of a pretty cool, and highly memorable, viral marketing campaign.

It all has to do with a forthcoming 20th Century Fox movie called Chronicle and a viral marketing stunt pulled off — rather effectively — by viral marketing agency Thinkmodo.

Here's how Thinkmodo's Michael Krivicka explained the stunt to TechCrunch:

“Since the three main characters of the movie have the ability to fly, we came up with the idea of staging a few “flying people” sightings around NYC. We achieved that illusion by having 3 custom-made aircraft (which were shaped like human beings) fly above designated areas in NYC and NJ.”

Simple. Smart. And effective, particularly in a world where consumers are bombarded by a constant stream of marketing messages, from TV to radio, to print and the web.

Anything that can produce word of mouth buzz like this is likely to help raise the brand awareness of the film.

Here's the video that you've been waiting for: