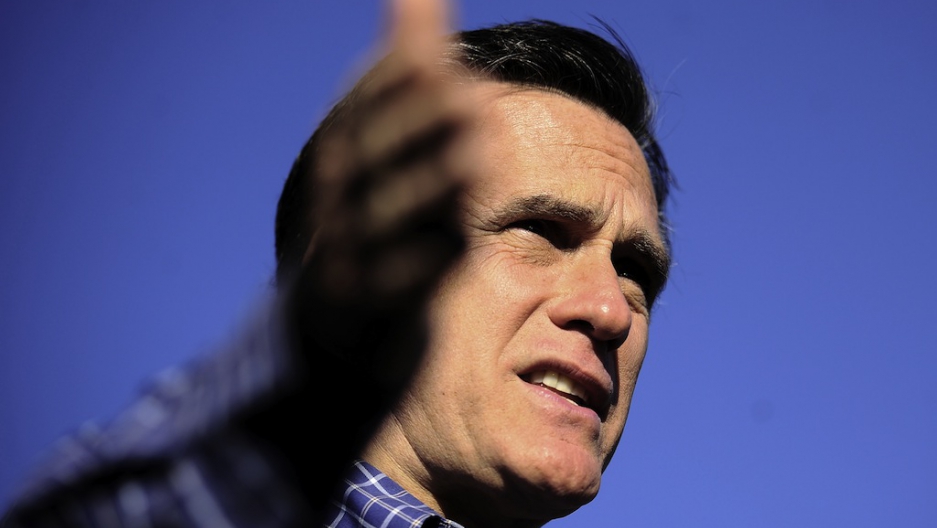 GOP rivals Mitt Romney and Newt Gingrich head into Tuesday’s Republican primary in Florida with the former Massachusetts governor having a slight lead.

Romney spoke to the Hispanic Leadership Network Friday in an attempt to appeal to the state’s Puerto Rican voters. "By the way, I'm looking forward to the time when the people of Puerto Rico make their decision about becoming a state," he said.

A poll conducted by ABC News and Univision reveals 49 percent of Latinos voting in the Florida Republican primary back Romney. Gingrich came at a far second with 23 percent.

And according to the CS Monitor report:

“Romney is also supported by four of the state’s most prominent Latino politicians – all of them Cuban-American, the largest subgroup of Florida’s 1.5 million Hispanics. Former Sen. Mel Martinez is honorary co-chair of Romney’s National Hispanic Steering Committee, and Rep. Ileana Ros-Lehtinen, Rep. Mario Diaz-Balart, and his brother, former Rep. Lincoln Diaz-Balart, are all committee co-chairs.”

The GOP presidential candidates participated in the final campaign debate before teh Jan. 31 primary on Thursday and argued over immigration, space policy and taxes.

USA Today placed Romney among the top four richest presidents in US history if elected with an estimated wealth of somewhere between $190 million to $250 million.

“Just how rich is Mitt Romney? Add up the wealth of the last eight presidents, from Richard Nixon to Barack Obama. Then double that number. Now you're in Romney territory.”