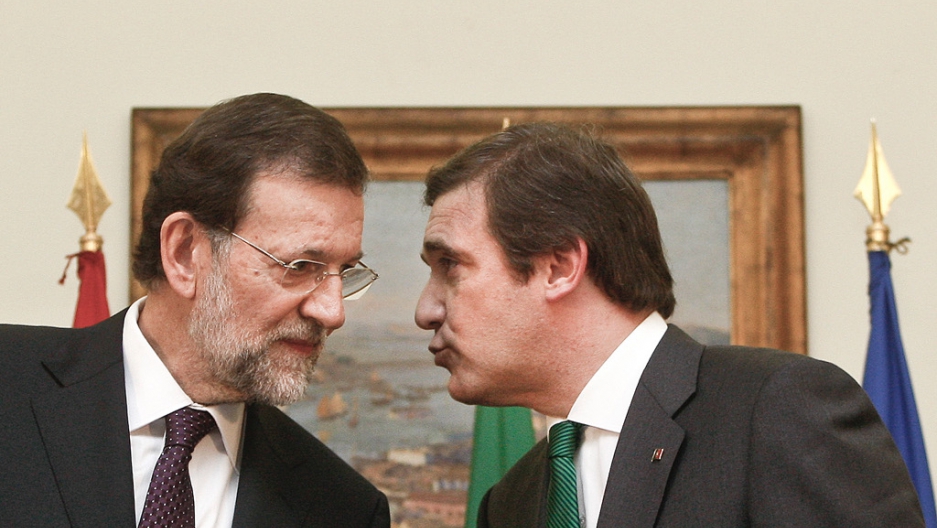 In Portugal the numbers are all bad:

The deficit is 9.1 percent of GDP. The economy is expected to contract by anywhere between 3.1 and 5 percent this year. It took a bailout from the EU, ECB, IMF "troika" of 78 billion euros ($102.6 billion) and will have a hard time paying it back because its credit rating is now "junk." Five year bond yields yesterday broke a record: 18.9 percent. Three year bond yields hit 21 percent.

Oh, and unemployment stands at a record 13.2 percent.

While all attention is focused on Greece's negotiations with its creditors, Portugal's problems have been out of the limelight.

But not for much longer. Ambrose Evans-Pritchard of Britain's Daily Telegraph, shines a large spotlight today on the nation's problems.  Simone Foxman weighs in at Business insider here.

Both point out that the markets are waiting to see what the final deal is between Greece and its creditors is before making price adjustments on Portuguese debts.

Both make interesting points but come from a position of euro-skepticism. My impression is that in the debt crisis at the euro-zone periphery, Greece is sui generis. Its people resent austerity and are acting out on their anger. The other countries in deep trouble: Portugal, Ireland and Spain (by virtue of its 22 percent unemployment rate) are all making deep cuts now in the hopes reducing government debt. So far their societies are not in revolt.

My guess is Portugal will suffer, but it won't have the catastrophic effect on the euro zone that the Greek crisis has.

A question to ponder: what do Ireland, Spain and Portugal have in common that Greece does not?

I am working on an answer.