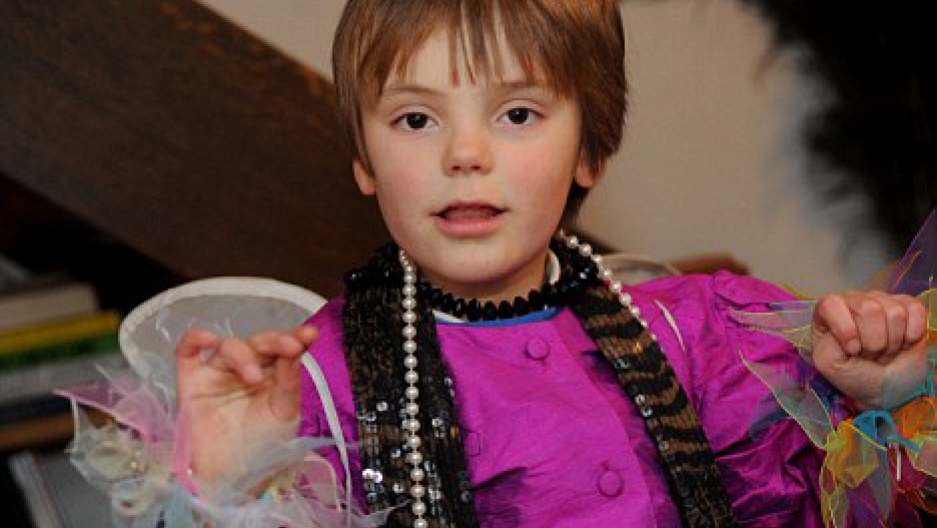 Sasha, wearing a dress. Sasha's father, a computer software designer, said Sasha is aware he is a boy and has been allowed to grow up taking an interest in whatever he wants.
Credit: Family archive/Daily Mail
Share

Last week probably wasn’t a favorite week for Beck Laxton and Kieran Cooper of Sawston, England, a couple otherwise known as “the loonies who tried to raise their child, Sasha, gender-neutral," the Mail Online reports.

It would forever be etched in their memory as the week they got confronted face-to-face with one of the most vicious forces anyone can encounter today: internet commenters. Thousands of them.

To make matters worse, the parents got hit by possibly the most feared subspecies of the internet commenter family: parents who know exactly what’s best for everyone else’s child.

The rage directed at Laxton and Cooper for allowing their five-year-old child to wear whatever clothes he wants (including -- the horror! -- pink mumus) was so venomous, it made one feel bad for all the gender-predetermined children out there who get raised by angry people.

A shocking number of commenters were so ticked off by the idea of a boy wearing a dress -- arguing that would make him gay -- that they suggested calling child services.

Last time there was this much fuss about a child’s choice of clothes was when Shiloh -- Angelina Jolie and Brad Pitt’s daughter -- appeared in multiple magazines dressed like a boy. She was wearing khakis, plaid shirt and had her hair cut short.

This acute lack of pink and bows didn’t exactly please the “parents who know exactly what’s best for everyone else’s child” clan either, but they were a bit more lenient. Somehow, in the last few decades, it has become more acceptable for a girl to look like a boy.

But dressing the other way around? No chance.

A boy who wears dresses is every parent-who-knows-exactly what’s-best-for-everyone-else’s-child’s worst nightmare. What if he turned out, Lord help us, homosexual?

The most humorous aspect about this whole debate is the fact that there seems to be a widespread belief that girls are born with a biological imperative to wear skirts and boys to wear trousers.

Meanwhile, it’s just the way fashion dictates it. And -- I hate the break the news -- fashion designers tend to be, you know, gay.

Oh, the irony of life.