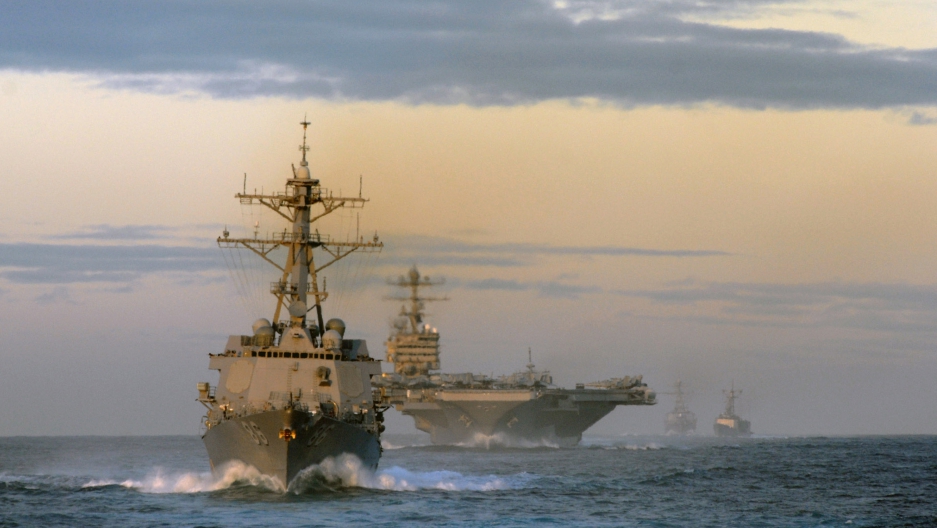 With an eye toward China’s growing influence in the South Pacific, President Obama and the Philippines are negotiating a greater US military presence on the island nation, the Washington Post said.

Discussions are to continue Thursday and Friday in Washington, but it appears the US military will return to the Philippines 20 years after losing its foothold there.

“We can point to other countries: Australia, Japan, Singapore,” a senior Philippine official told the Post. “We’re not the only one doing this, and for good reason. We all want to see a peaceful and stable region. Nobody wants to have to face China or confront China.”

American troops left Subic Bay in Philippines in 1992 because a new treaty could not be signed. A volcanic eruption a year earlier forced them from Clark Air Force Base.

More on GlobalPost: China behind hack of US commission emails, officials suggest

Now the American plan is for smaller, shared space. Vietnam and Thailand are also considered potential partners, the Post said.

“We have no desire, nor any interest, in creating a US-only base in Southeast Asia,” deputy assistant secretary of defense Robert Scher said. “In each one of these cases, the core decision and discussion is about how we work better with our friends and allies. And the key piece of that is working from their locations.”

Likely scenarios include stationing ships at some of the 7,107 Philippine islands and staging joint exercises with the US military acting as guests on foreign bases.

Goods destined for California travel through the South China Sea, which is said to contain oil and natural gas deposits. Such high stakes spurred the Mitt Romney-backed Center for a New American Security report called Co-operation from Strength: The United States, China and the South China Sea.

Among the report’s suggestions include increasing the US Naval presence to 346 ships from 284. During the Regan administration, more than 600 ships occupied the area, Business Insider said.

More on GlobalPost: China in trouble in international waters again