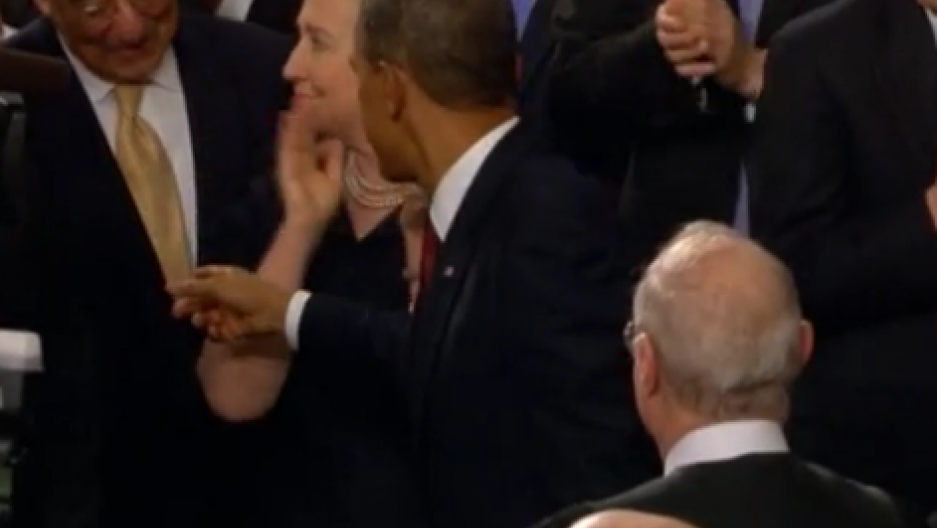 An American and a Dane, held hostage by Somali pirates, were rescued by a SEAL team operating in East Africa early Wednesday morning.

The dramatic rescue involved SEALs parachuting into the small town, moving over land to the compound where American Jessica Buchanan and Poul Thisted were being held. They were then taken by helicopter to Djibouti, where U.S. forces maintain a military base.

The operation, authorized by President Barack Obama, was completed shortly before Tuesday night's State of the Union address and is believed to be the reason for Obama's praise for Defense Secretary Leon Panetta as he walked into the House chamber. Buchannan and Thisted has been held since late last year, but a decline in Buchannan's health led Obama to authorize the military operation.

“Thanks to the extraordinary courage and capabilities of our Special Operations forces, yesterday Jessica Buchanan was rescued and she is on her way home," Obama said in a statement released Wednesday. "As commander in chief, I could not be prouder of the troops who carried out this mission, and the dedicated professionals who supported their efforts.”

At least nine pirates were killed by the SEAL operatives, drawn from the same team that killed Osama Bin Laden, the New York Times said.

Nick Childs, world affairs correspondent for the BBC, said there has been a lot of focus on Somalia recently, not only because of the piracy but also because of concerns about terrorism. There have been reports of raids and drone strikes in the past.

"This is unusual, because it's a hostage rescue, and apparently against a criminal gang, rather than a terror group," Childs said.

Childs said increased lawlessness in Somalia is a growing concern as what passes for the Somali government remains weak and ineffective at best, irrelevant at worst.

And while the raid was conducted without permission or approval, Childs said it was unlikely the Somali government would be at all upset by the action. What remains to be seen, though, is how the criminal gangs will act.

There are several people still being held hostage in Somalia, including an American freelance journalist.

"That is one of the worries. If this is just criminal activity and lawlessness and kidnapping," Childs said, "the concern that's developing is that we've had the piracy problem for some time, but the actual nub of the problem is on land."