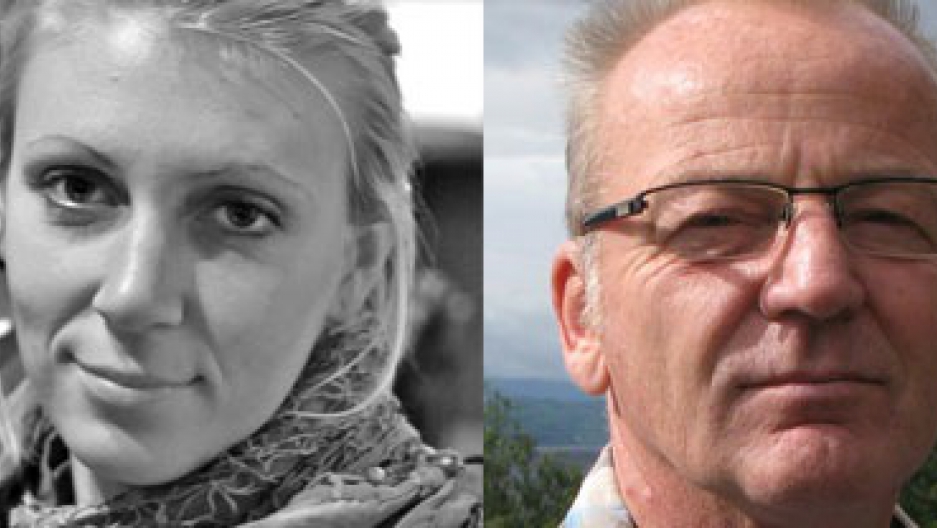 Residents of Galkayo could not help but notice the thundering noise of helicopters — up to 11 of them according to some residents — that occupied their airport late Tuesday night until just before dawn on Wednesday.

The raid was over by the time US President Barack Obama took to the stage for his State of the Union address. Just beforehand cameras caught him pointing a finger at Defense Secretary Leon Panetta and saying, "Good work tonight. Good work tonight."

The hostages were rescued by the same Navy SEALs unit that killed Osama bin Laden in Abottabad last March, the Associated Press reported.

Buchanan, 32, and Thisted, 60, were unharmed and have since been taken to a US military base in neighboring Djibouti, an unnamed Western official told the AP. Both of them will soon be reunited with their families, said the NGO for which they worked, the Danish Refugee Council.

Ordering the raid was a bold decision by Obama and one that few other heads of state have been willing to take.

French President Nicolas Sarkozy has ordered commandos to rescue French nationals from pirates but the last time they tried, in 2009, one of the hostages was killed in the shootout.

That same year US Navy SEAL snipers released the American captain of the Maersk Alabama after shooting dead his pirate captors. But both these attacks were carried out at sea. This is the first time a foreign hostage, held by pirates, has been released by force on land in Somalia.

Britain in contrast has proven unwilling to put its special forces to use in rescuing British citizens held hostage in Somalia.

The Chandlers, a retired couple, were held for over a year and only released after the family paid a hefty ransom. Another British woman, Judith Tebbutt, was kidnapped in Kenya on September 11, 2011, and has been held ever since with no rescue attempt launched.

In contrast US Special Forces chose the three-month anniversary of the aid workers' kidnapping to rescue Buchanan and Thisted.

Navy SEALs have been in operation in Somalia before in recent years. Helicopter-borne Navy SEALs killed a senior Al Qaeda commander in 2009 and are believed to have helped capture and kill other Al Qaeda-linked terrorists during the Ethiopian invasion and occupation of Somalia in late 2006 and early 2007.

According to the Salt Lake Tribune, Obama was on the phone with Buchanan's father minutes after delivering the State of the Union address to tell him that his daughter was safe.