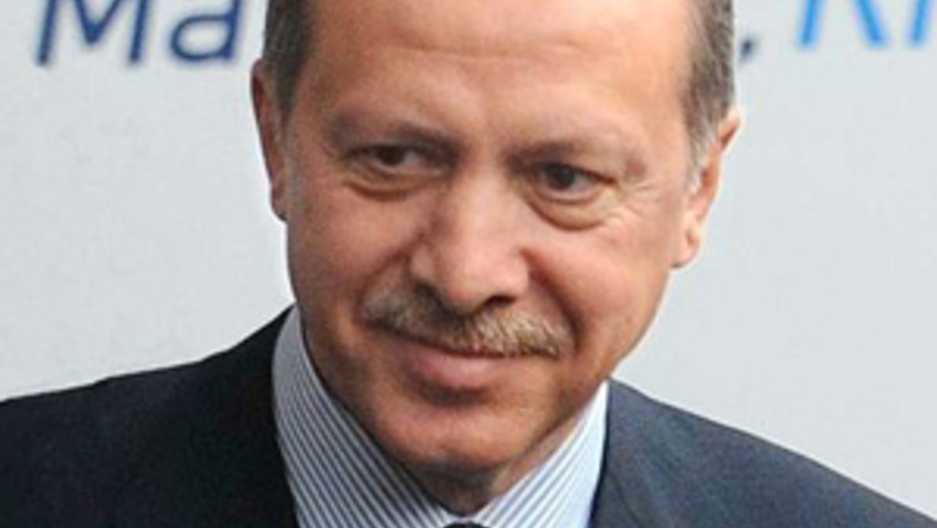 Share
Turkey's Prime Minister reacted angrily on Tuesday to a bill passed late on Monday by the French Senate. The measure would make it a crime to deny that Turks committed genocide against Armenians during the First World War. The legislation calls for up to one year in prison – and a fine of more than $50,000 – for anyone in France found guilty of denying a "recognized genocide." It doesn't mention the Turks or Armenians by name. But in 2001, the French government officially declared that the death of more than a million Armenians at the hands of Ottoman Turks during World War I was genocide. Turkey has long maintained that the actual number of those killed was much lower, and that the deaths came in the course of war time. It's a crime in Turkey to refer to those deaths as genocide. Prime Minister Recep Tayyip Erdogan, speaking before Turkey's parliament today, condemned the French vote. "This is the awakening of the values of the Middle Ages, which totally undermines European values and common sense," Erdogan said. "You can't judge or re-write history in parliaments." The French Senate's approval of the measure came after a lengthy debate. Armenia's foreign minister, Edward Nalbandian, applauded the vote. "This day will be written in gold not only in the history of friendship between the Armenian and French peoples, but also in the annals of the history of the protection of human rights worldwide," Nalbandian said. "France reaffirmed its pivotal role as a genuine defender of universal human values." The vote puts French President Nicolas Sarkozy in a tricky spot. A deputy from his own party originally sponsored the bill. Sarkozy is facing re-election this year, and some have accused him of using the genocide legislation to court electoral favor with the nearly 600,000 people of Armenian descent living in France. There are also wider implications for France's position in Europe and beyond. Sarkozy's own foreign minister, Alain Juppe, opposed the bill. "I think this initiative is untimely," Juppe said. "What I would like to do today is to call on our Turkish friends to keep a cool head. Turkey is a big economic power, and we need to have good relations with it." France is Turkey's fifth largest export market. The two countries do more than $13 billion in trade a year. Now, Turkey is threatening a host of military, political and economic sanctions. Turkey's ambassador to France said today that he expected to be recalled. A spokesman for the Turkish embassy in Paris said that "relations in every field have been stopped for the moment." But even before the passage of the genocide legislation, there was some friction between France and Turkey. President Sarkozy has been lukewarm when it comes to Turkey's bid to join the European Union. Soli Ã?zel, a columnist with the Turkish newspaper Haber Turk, said it seems that French president is not especially concerned about having good relations with Turkey. "In the Mediterranean, France considers Turkey a rival power, and would like to cut it down to size. That's how it's seen in Turkey anyway," Ã?zel said. Turkish officials have said they would lobby to have France's constitutional court rule on the genocide legislation. They've also said they wouldn't impose any sanctions until Sarkozy signs the bill into law. Sarkozy's office said on Tuesday that that would happen within two weeks.