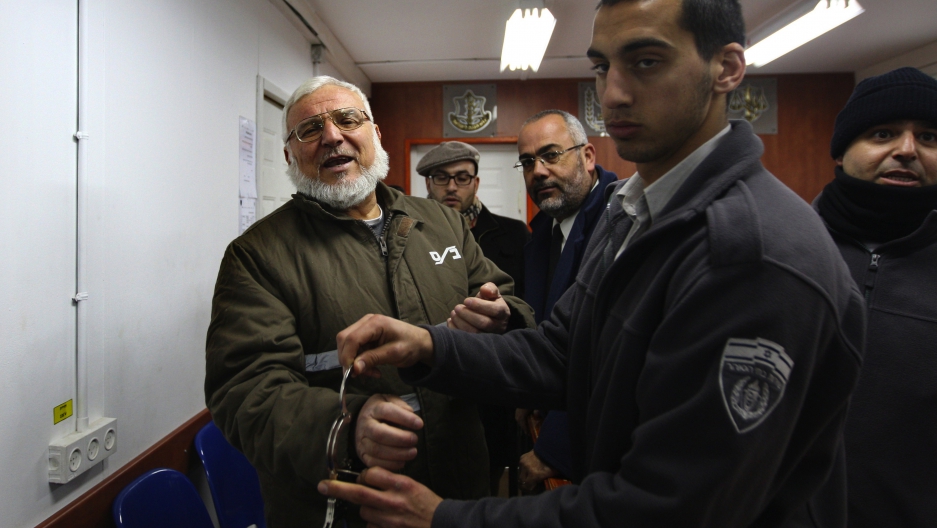 The speaker of the Palestinian parliament has been sentenced to jail for the next six months, without trial, by an Israeli military court, the Guardian reported.

Aziz Dweik, a Hamas official, was arrested at an army checkpoint near the West Bank city of Ramallah, along with a senior elected politician last Thursday. The men were allegedly blindfolded and handcuffed by Israeli soldiers, who claimed he was being held for “involvement in terrorist activities.” On Tuesday they were given a six-month “administrative detention” order, the Associated Press reported.

The statement from Dweik’s office claimed Israel was trying to block moves towards any reconciliation between rival Palestinian factions Fatah and Hamas, the Guardian reported. He has been the speaker of the Palestinian Legislative Council for the last six years, although the PLC hasn’t sat since the summer of 2007 when Hamas took control of Gaza.

Read more at GlobalPost: Israel: With democracy like this, who needs dictators?

"The court of the Zionist military occupation at Ofer ordered that Aziz Dweik, speaker of the Palestinian Legislative Council, be placed in administrative detention for six months," a source in his office told the AFP.

The detainment sentence follows a series of Hamas arrests in Israel.

Israeli troops arrested Abdel Jaber Fukaha, another Hamas legislator, at his home in Ramallah on Tuesday, the AP reported. This followed the arrests of two Hamas lawmakers, Mohammed Totah and Khaled Abu Arafa, who were arrested in East Jerusalem at a compound of the International Committee of the Red Cross on Monday. Last Friday lawmaker Khaled Tafesh was also arrested at his home near Bethlehem.

"The cabinet condemns the continued Israeli detention campaign against the Legislative Council members, and demands the Israeli government immediately release all lawmakers," a statement from the PLC said, the AFP reported. "Those detentions are in contravention of international law and signed agreements."

These arrests have cause an angry response from Hamas, who have called this "the continuation of a fierce campaign being waged against us by the occupation,” the AFP reported.

Read more at GlobalPost: Are Israel and Hamas headed for another war?