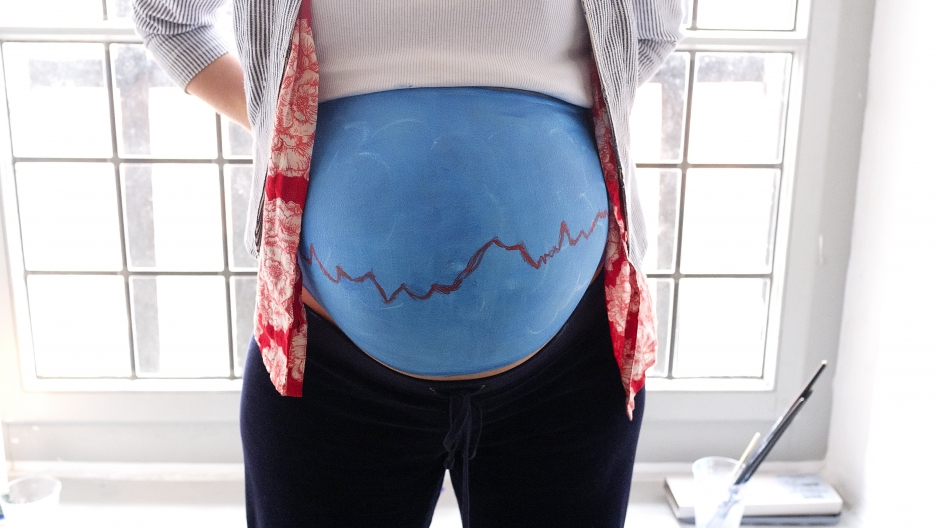 Pregnant Susanne Friis Hasche shows her stomach painted by Danish artist Lotte Ipsen during a photo exhibition on August 12, 2011, in the Round Tower of Copenhagen.
Credit: JENS NOERGAARD LARSEN
Share

Women are about 14 times more likely to die during or after giving birth to a live baby than to die from complications of an abortion, according to a US study published Monday.

The study used information from government data on live births and deaths due to pregnancy or abortions.

Hypertension, urinary tract problems and mental health issues were more prevalent in women who gave birth, while infection was the main, yet very small, risk of having an abortion.

"Regardless of one's sentiments about abortion, legal abortion is very safe, and dramatically safer than continuing the pregnancy," the study's lead author, Dr. David Grimes, a clinical professor in the department of obstetrics and gynecology at the University of North Carolina School of Medicine at Chapel Hill, reportedly said.

The findings contradict some state laws that suggest abortions are high-risk procedures, according to experts quoted by Reuters.

Dr. Anne Davis, who studies obstetrics and gynecology at the Columbia University Medical Center in New York said the message was that getting an abortion and giving birth were both safe.

"We wouldn't tell people, 'Don't have a baby because it's safer to have an abortion' -- that's ridiculous," she reportedly said. "We're trying to help women who are having all reproductive experiences know what to expect."