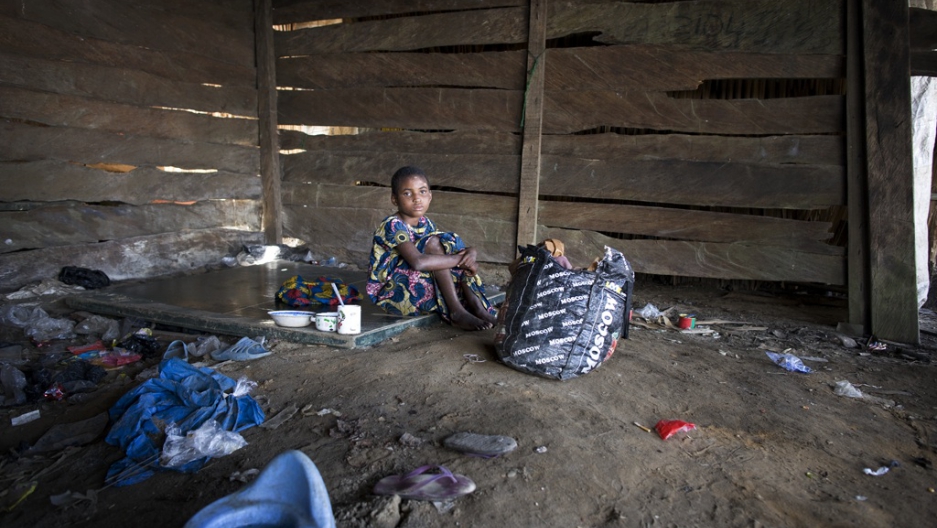 Stella lived on the streets for months before being rescued by the local NGO Child‘s Right And Rehabilitation Network (CRARN).
Credit: Toby Binder
Share

EKET, Nigeria — More than 100 Nigerian children have been branded as witches by church ministers and have been cast out by their families and shunned by society.

Some of the children pariahs have suffered violence from their families and from others. The campaign against the "witches" has been pursued by some zealous preachers associated with small Christian sects that also incorporate some animist Nigerian beliefs.

Those who identify the "witches" are encouraged by evangelical pastors, according to human-rights groups in the area. Drawing on the community's fears, preachers sometimes denounce specific children as witches, leading the young ones to be abused, abandoned and even murdered.

Now, one local group provides refuge for children who have been forced out of their communities. The Nigerian non-governmental group  Child‘s Right And Rehabilitation Network, has taken in 160 children scorned as “witches."

“So many people here believe that children can be possessed by demons that there is rarely any action taken against those who claim to deliver the children in violent exorcisms,“ says Sam Itauma, of CRARN.

His organization looks after children who have been abandoned or abused after being accused of being witches. As one of a few in the community who supports the ostracized children, he is often verbally and physically attacked.

Stella is one of the children now at the center after she was accused of being a witch. Abandoned by her family, vulnerable and frightened, she wandered the streets in southeastern Nigeria, struggling to stay alive.

Stella was found by Jehu Tom, a network rescue officer who lives at the center with 160 other children who have been branded witches, blamed for all their family‘s woes, and abandoned. Before being pushed out of their homes, many were beaten or slashed with knives, thrown onto fires, or had acid poured over them as a punishment or in an attempt to make them “confess“ to being possessed.

In one case, a young girl called Uma had a three-inch nail driven into her skull.

So-called witches are identified by powerful religious leaders from local churches where Christianity and traditional beliefs combine to produce a deep-rooted belief in, and fear of, witchcraft. The ministers spread the message that child-witches bring destruction, disease and death to their families. And they say that, once possessed, children can cast spells and contaminate others.

The religious leaders offer help to the families whose children are named witches, but at a price. The churches hold evening exorcisms, where the pastors attempt to drive out the evil spirits. Only they have the power to cleanse the child of evil spirits, they say. The exorcism can cost the families up to a year‘s income.

But some children are thrown out of their homes.

By the time the children are found by the rehabilitation group, they often have come to believe that they are witches — even if they aren't sure what a witch is. “Can you fly at nights? Then fly!” Itauma tries to provoke the new arrivals at the children’s home.

At the refuge, they are safe and attend school. Many remain traumatized by their experiences.

At the center, they make first steps to become integrated back into “normal life,“ and with luck, they may be reunited with their families and communities. That is the network's aim. “The children belong back to their families,” said Itauma, “but as long they are not safe there, we take care of them.”