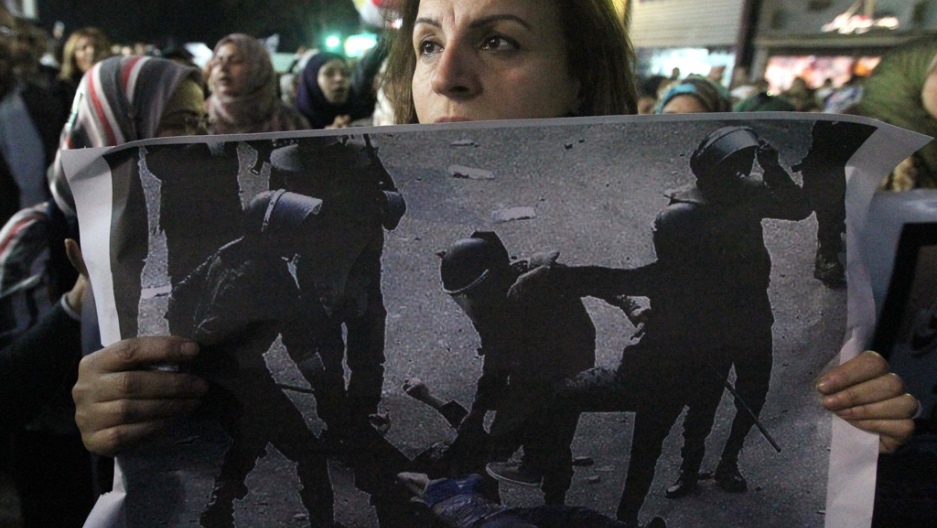 The prominent US-based rights group Human Rights Watch (HRW) announced the release of its annual report today in Cairo, in a move its executive director said is meant to reflect the report's primary focus on the so-called "Arab Spring," and that came with harsh words for Egypt's ruling generals one year after a popular uprising here.

Egypt's military rule "started off positively in terms of protecting the demonstrators and facilitating the departure of Mubarak," HRW's executive director, Kenneth Roth, told reporters at a press conference in downtown Cairo, not far from the city's iconic Tahrir Square.

Egyptian president, Hosni Mubarak, was ousted by 18 days of street-led protests after 30 years of authoritarian rule.

"But it’s taken a very disturbing turn. And the Egyptian military seems at this point determined to try to carve out an exception to democratic rule for its area of power. What we’ve seen is a series of moves [by the military]... to undermine the rule of law," he said.

In the report, HRW says Egyptians are "at greater risk of arbitrary arrest and trial before unfair military courts than during the Mubarak era."

The criticism, coming from the director of one of the world's most renowned human rights watchdogs, mirrors some of the same observations made by Egypt's young revolutionary activists over the past year -- but who have since been isolated by a population largely concerned with an ailing economy and growing instability.

Political grievances, many ordinary Egyptians say, are a luxury for the educated middle-class.

Still, protest groups are gearing up for massive demonstrations to mark the one-year anniversary of the uprising on Jan. 25, 2012, and to call for the military junta, or Supreme Council of Armed Forces (SCAF), to immediately transfer power to a civilian president and end impunity for security forces accused of beating, killing and torturing activists.

HRW said it was concerned with the continued "abuse of lethal force" by Egypt's security forces, including both police and military, when cracking down on protests and that planned demonstrations had the potential to turn violent in an already volatile political environment.

Earlier this month, the Egyptian Initiative for Personal Rights (EIPR), a local rights group, denounced the ministry of interior's new "shoot-to-kill" policy, in which policemen would receive a financial bonus if they shoot and kill "any thug that initiates gunfire." Both SCAF and government-run television have consistently used the word "thug" to describe revolutionaries.

"If they [the authorities] use violence, it is their responsbility to deal with this in a legal way, without violation of international law," said Heba Morayef, HRW's researcher in Egypt.

But is there widespread support for anti-police protests or serious sympathy for demonstrators killed or wounded in clashes? Local sentiment is often mixed.

Passing by a small protest of pensioners in downtown Cairo today, one cab driver had little compassion for those venting their outrage on the capital's already cramped streets.

"These people are dogs, they are trash," he said. "I don't know what these dogs want in the street."