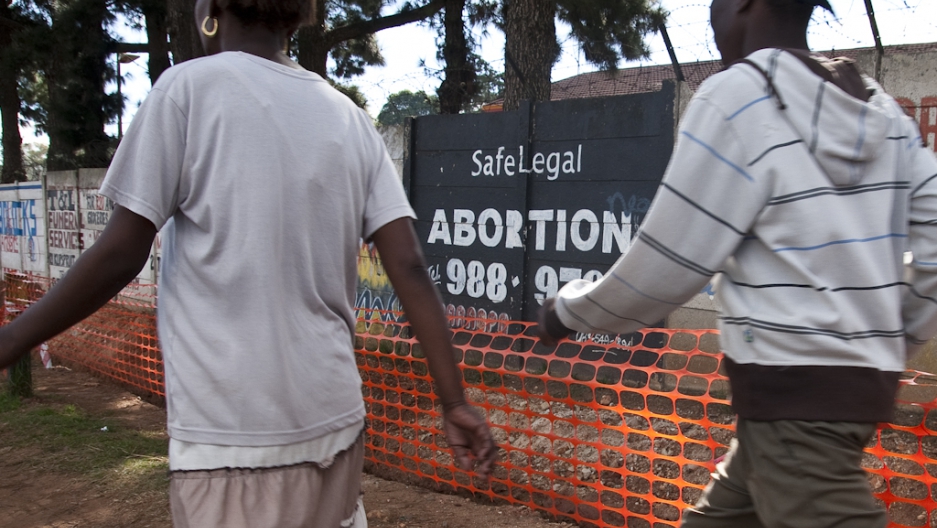 An abortion advertisement along a busy street in Soweto, South Africa. While abortion is legal in government-approved clinics in South Africa, this advertisement is an example of the growing number of unapproved abortion practitioners in the country. The World Health Organization has warned that global abortion rates are rising, putting women's health at risk. A WHO study says that 97 percent of abortions performed in Africa can be described as unsafe.
Credit: Erin Conway-Smith
Share

Abortion rates have declined in developed countries. But in developing countries, especially ones with laws restricting abortion, the proportion of abortions that are unsafe and are dangerous to women's health has increased.

While global abortion rates are largely stable, at 28 per 1,000 women a year, the proportion carried out in conditions deemed unsafe rose from 44 percent in 1995 to 49 percent in 2008, according to a report published in The Lancet, a British medical journal.

Abortions are illegal or highly restricted in most African countries.

The study also found that abortion-related mortality is higher in places where abortion is banned or restricted. In countries that liberalized their abortion laws, including South Africa and Nepal, the number of deaths related to unsafe abortions fell dramatically.

Maternal mortality due to abortions remained steady at 70,000 deaths a year, most of which occur in sub-Saharan Africa and south-central Asia.

Unsafe abortions and related complications occur almost exclusively in the developing world, said an editorial in The Lancet that was published alongside the study.

"Reaching the fifth UN Millennium Development Goal — a 75 percent reduction of maternal mortality worldwide by 2015 — will be impossible without successfully addressing unsafe abortions," the editorial said.

"The focus on abortion should be urgent, immediate, and multidimensional. Improving sex education and access to effective contraception methods can reduce the rate of unwanted pregnancies and the need for unsafe abortions."