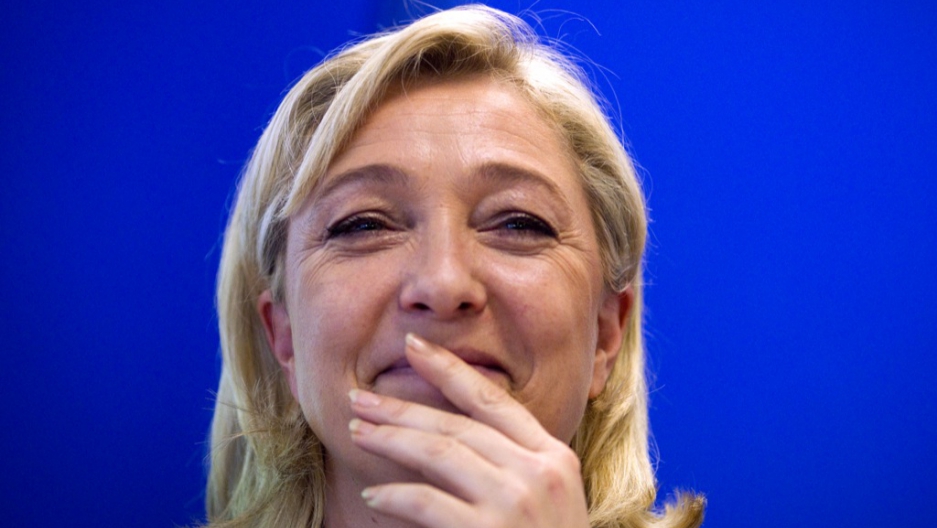 BRUSSELS, Belgium — Almost one-third of French voters agree with the ideas of the far-right National Front, according to a poll published Thursday in the latest sign of growing support for the party ahead of April’s presidential election.

The figures reflect the impact of the National Front’s charismatic leader Marine Le Pen, who took over from her father, Jean-Marie Le Pen, as the head of the party a year ago.

She has campaigned hard against free trade and the European Union, and has pushed the party’s traditional tough line on crime and immigration.

The younger Le Pen has sought to distance the party from the taint of racism which has hung over it in the past, in order to reach out to a wider electorate. She seeks to emulate her father, who polled well enough to compete in the final round of France’s presidential vote in 2002.

Support for the party’s ideas, at 31 percent, is the highest since 1991, according to the TNS Sofres poling agency.

“The term ‘National Front’ has become acceptable; It used to put people off but that’s changing,” Edouard Lecerf, director of agency told the newspaper Le Monde. “This confirms the Marine Le Pen effect, some of the rough edges of the NF’s ideas have been smoothed out.”

Her poll ratings are significantly higher than in the run up to the 2002 presidential election when Jean-Marie Le Pen shocked the political establishment by coming second in the first round of voting, earning himself a run off against the center-right incumbent, Jacques Chirac. Back then, left and center voters rallied behind Chirac to block Le Pen’s path to the Elysee Palace.

Read more on GlobalPost: Not so happy anniversary for the French and the euro

Most polls currently predict that the April 22 election will be a close race, between President Nicolas Sarkozy and his Socialist rival Francois Holland.
An OpinionWay survey published Thursday gave Hollande 27 percent and Sarkozy 25 percent with Le Pen trailing on 17 percent.

However, many political observers believe support for Le Pen is underestimated and believe that her polished political performance is winning new converts among young and middle class voters, beyond the party’s traditional blue collar base.

“Never has the threat of the National Front seemed so great,” investigative journalist Eric Decouty wrote this week in the left-leaning daily Liberation.