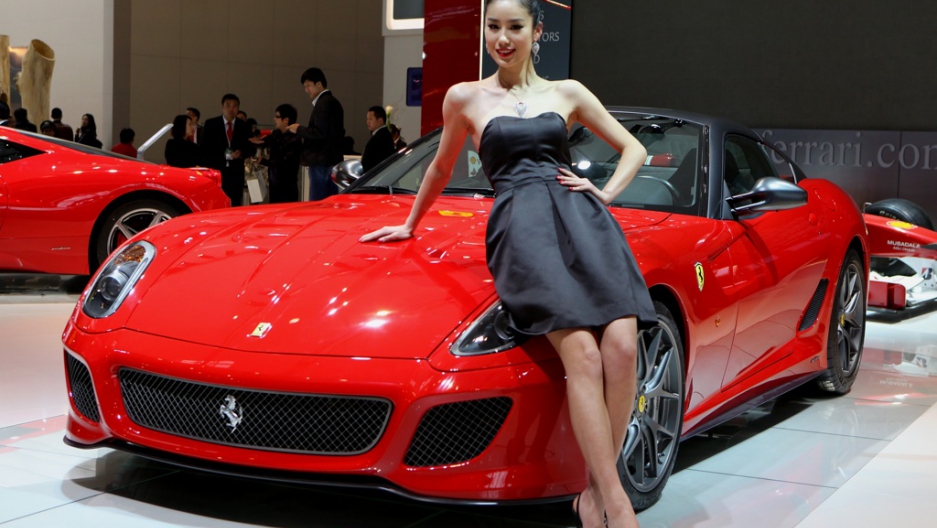 But does she pay her taxes?
Credit: Feng Li
Share

ROME, Italy — Italian Prime Minister Mario Monti has said from the beginning of his seven-week tenure that the government’s efforts to pay down its massive debts would include across-the-board pain that would impact everyone equally.

But he didn’t get much attention until he started targeting Italy’s super rich.

Ever since he was named to head a technocratic government on Nov. 16, Monti has been fighting a war on multiple fronts. He has sought to reduce debt in a country on the brink of economic collapse by at once increasing tax revenue, reducing government spending, removing or streamlining government regulation on key economic sectors, and jump starting anemic economic growth.

This month, he turned his bazooka toward the super-rich, where tax evasion appears to be rampant.

Italy: credit dries up so the Mafia steps in

The group is an easy target. According to Italian newspapers, people reporting incomes of less than 20,000 euros (about $26,000) per year cumulatively own 188,000 supercars, (such as Ferraris, Lamborghinis, Porsches, or BMW couples), 518 private airplanes or helicopters, and some 42,000 yachts.

All together, 15 million Italians — about 1 out of 4 citizens — declared no income last year. Reports indicate that nearly a fifth of that group own at least three homes.

On Monti’s orders, tax police swooped down on a half a dozen ski resorts and seaside spas, gathering evidence of tax evasion. A single raid on five-star hotels and Michelin-starred restaurants in the Dolomite ski resort of Cortina found 42 so-called supercars with an average price tag of 200,000 euros registered to owners squeaking by on less than 20,000 euros each year.

But the moves are already sparking attacks on Monti’s government: with disproportionate access to the media, the super-rich are complaining they are being unfairly targeted. And allies of billionaire media mogul Silvio Berlusconi, who preceded Monti as prime minister and who has himself been indicted for tax evasion, have threatened to pull much-needed parliamentary support for Monti’s reform platform.

“The problem is that when Monti says that his reforms will require sacrifice from all corners, everyone thinks that excludes them,” said Maria Rossi, co-director of the polling firm Opinioni. “That is certainly true for the rich, who have in many cases escaped paying their full share in the past and who have a big platform to complain from.”

Many in Italy claim the government’s initiatives are draconian. Tax officials have placed money-smelling dogs at key border crossings, while cameras monitor cars that frequently cross the border with Switzerland to identify possible money launderers.

The government has lowered the maximum amount allowed in cash transactions to €1,000 ($1,275) from €2,500 ($3,190) previously, based on the idea that if buyers must use a check or credit card the transaction would leave a paper trail to make it easier to tax. Credit card companies are required to report purchases worth more than €3,000 ($3,825). Tax authorities have been given extra power to examine bank records, question individuals suspected of tax evasion, and to petition foreign banks for information related to accounts held by Italian nationals.

Monti has also said in recent weeks that he is mulling a new, higher tax bracket for high-income individuals, and that he is open to a tax on all bank transactions.

Notwithstanding the complaints from the wealthy and from other corners, the plans are having some impact. Despite flat economic growth in December, tax revenue was almost 2 percent higher than in December 2010. Border police, who in December stopped a truck trying to cross the border to Switzerland with 13 tons of gold on board, say they are seizing an average of €41,000 ($52,300) in cash each day, compared to almost nothing a year ago. But it’s not clear if that represents stricter law enforcement, which would be good, or a greater flight of capital, which would be bad.

The trouble for Italy is that none of this so far has made much of a difference where it counts. Italy’s mountain of debt is still growing, and borrowing costs are still high. Even after weeks of reforms, the yield on Italy’s benchmark 10-year bonds have stubbornly remained above 7 percent, the same level that sent Greece, Ireland, and Portugal scurrying for bailout money last year. Italy says it can afford to pay the 7 percent yield for now, but economists warn that the level is not sustainable in the long run.

Meanwhile, Monti is using the political capital analysts said he would have to face off against Italy’s powerful trade unions during a fresh round of reforms in the coming months, as he attempts to remove what he believes are outdated government protections and regulations that unions rely on. And recent activities probably assure he won’t have the wealthy leaders of industry to count on to push the measures through.