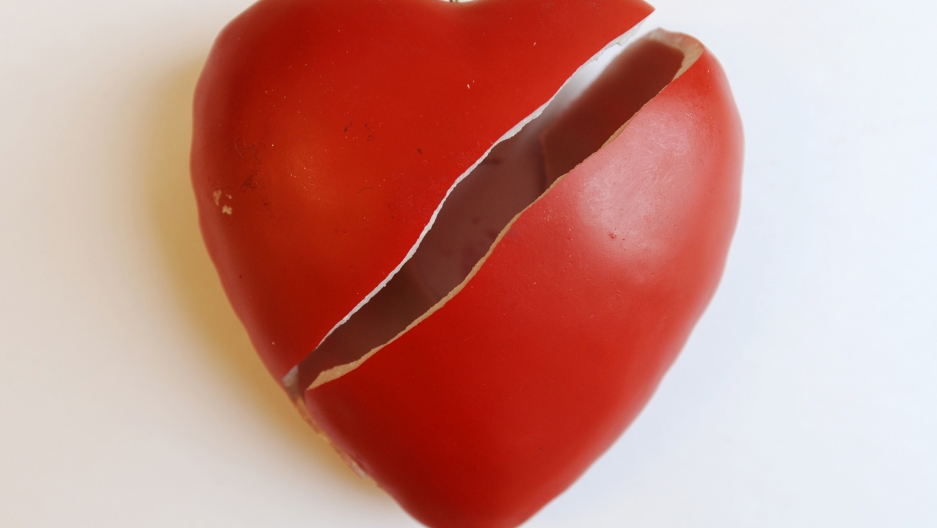 Indicating that there is such a thing as a broken heart, grieving for a loved can elevate the risk of heart attack by 20 percent.
Credit: JOHN MACDOUGALL
Share

Can you die of a broken heart?

Well, technically it's called acute myocardial infarction, but yes, grieving for a loved one can elevate the risk of heart attack by 20 percent, according to a study published in the American Heart Association's journal Circulation.

While previous studies have shown that the death of a loved one is linked to worsening health over time, the latest study is the first to show that the effects can begin so immediately and strongly after a loss.

Studies have documented "broken heart syndrome," called takotsubo, described as a condition in which heart attacks occur in the face of abrupt, stressful news or events.

According to the Mayo Clinic website, broken heart syndrome is "a temporary heart condition brought on by stressful situations, such as the death of a loved one."

People with broken heart syndrome may have sudden chest pain or think they're having a heart attack... In broken heart syndrome, a part of your heart temporarily enlarges and doesn't pump well, while the remainder of the heart functions normally or with even more forceful contractions.

However in the first study of its kind, Elizabeth Mostofsky of Harvard Medical School in Boston and colleagues studied 1,985 adult heart attack survivors to determine whether intense grief in the days following the death of a significant other could trigger the onset of acute myocardial infarction, according to HealthDay News.

Mostofsky reportedly said: “Friends and family of the bereaved should provide close support to help, especially near the beginning of the grieving process."