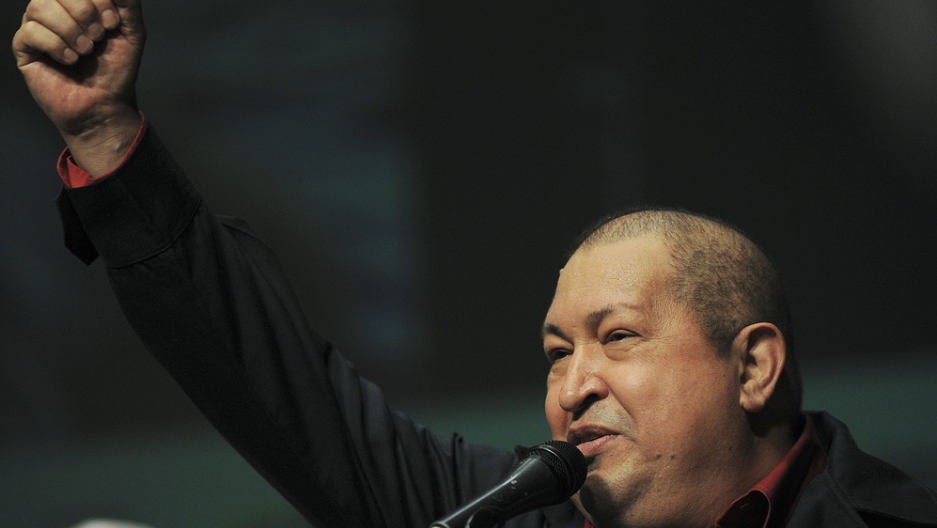 Chavez says he didn't have anything to do with it.
Credit: JUAN BARRETO
Share

Did Venezeula and Iran discuss a potential cyber attack against the US?

According to this Associated Press story, the US government is investigating allegations that a Venezuelan consul general and other officials, including representatives from Cuba and Iran, had a pow-wow about how to attack the US online.

The allegations came from a documentary aired by Univision. Per the AP:

The documentary was based on recordings of conversations with her and other officials, and also alleged that Cuban and Iranian diplomatic missions were involved. Citing audio and video obtained by the students at the National Autonomous University of Mexico, Univision said [Livia Acosta Noguera] was seeking information about the servers of nuclear power plants in the U.S.

CNN adds that Acosta and other officials were interested in Mexican hackers' plans to infiltrate the White House, FBI and the Pentagon, in addition to the nuclear facilities.

Iranian officials said they passed on the idea. Per CNN:

One of the Iranian diplomats told Univision that although he, indeed, was presented with a hacking plot by the Mexican group, he turned it down, in part because he thought they were CIA agents.

The US is investigating, and in the meantime it has expelled Acosta.

But it adds another point of tension as the US and the Iran face off over the Strait of Hormuz, and Tehran threatens to execute an American-Iranian it's accused of espionage.

It also probably won't do much for US-Venezuela relations.