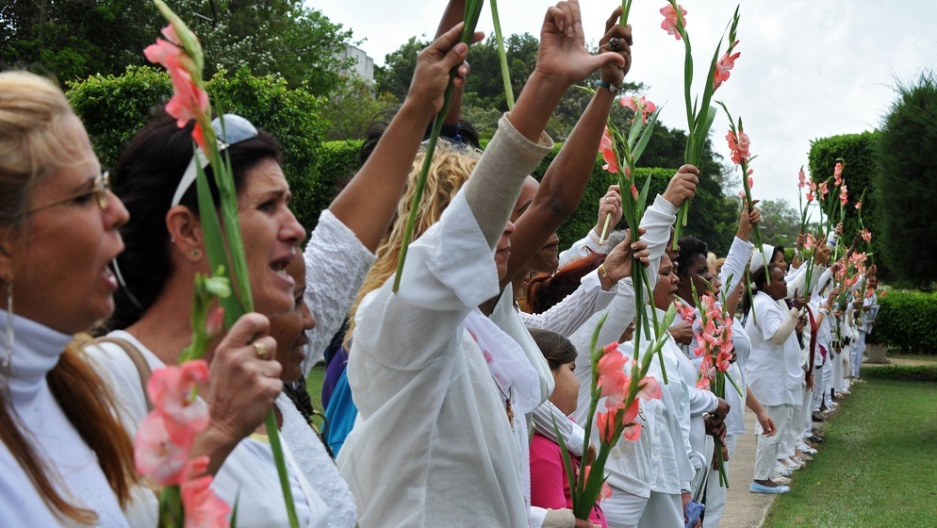 HAVANA, Cuba — In January 1998, Pope John Paul II made his landmark trip to Havana, meeting with Fidel Castro and memorably calling on Cuba to “open to the world,” and for “the world to open to Cuba.”

Fourteen years later, Pope Benedict XVI is preparing a second pastoral visit to the island, but the message of his trip is likely to be a different one: urging Cuba to open to itself.

When the 84-year-old Pontiff arrives March 26 for a three-day visit, his presence should bolster those who have been pressing for deeper reforms to the island’s one-party socialist system, especially from within Cuba’s church.

Benedict’s arrival is ostensibly timed to coincide with the 400-year anniversary of the appearance of Cuba’s Virgin of Caridad del Cobre, the island’s patron saint.

Read more: In Cuba, a gentle push for reform

But the other purpose of his visit appears to be to extend his political blessings to the emerging role of Cuba’s church as a leading public advocate for greater political and economic freedoms — and to Raul Castro’s government for allowing that to happen.

“The changes are being put into practice by the government, not the church,” said Orlando Marquez, spokesman for the Archdiocese of Havana, in an interview.

“But the Church has been saying that the changes are good, that they are the changes that the people want, and that those changes must continue,” he said.

Benedict will find Cuba struggling with many of the same issues it faced when John Paul II visited in 1998, only without Fidel Castro to host him. At 85, Castro is now retired, rarely seen by the public, and no longer head of Cuba’s all-powerful Communist Party.

Instead the Pope will be received by Raul Castro, 80, who as president has afforded Cuba’s Church a degree of social and political prominence it has not held in a half century.

Though Cuba’s religious believers were once persecuted — even Christmas was frowned upon by authorities — Cuba’s church-state relations have improved markedly, and in recent public speeches, Raul Castro has warned fellow Party members that religious discrimination has no place in contemporary Cuba.

The Church today is the only major independent institution on the island that isn’t under government control, and has even consulted with the government on the scope of economic reforms. Carefully, delicately, and with much success, it navigates a tricky course between communist authorities on the island still wary of its intentions, and Cuban exiles abroad who want church officials to be more confrontational toward the Castro government.

In 2010, after repeated attacks by government-organized mobs against Cuba’s Ladies in White dissident group, church officials intervened to halt the abuse and went on to secure the release of the women’s jailed husbands over the following several months.

By the end of the process, nearly all of Cuba’s internationally-recognized political prisoners were freed — more than 100 in total. Since then, church leaders have been outspoken in supporting economic liberalization measures initiated by Raul Castro, while gently prodding his government to do more.

Cuba is one of only two countries the Pope will visit on the trip, his first to Spanish-speaking Latin America, though he traveled to Brazil in 2007. While Mexico, with nearly 100 million Catholics, is a fairly obvious destination, Cuba is not.

“Cuba is a Catholic country by tradition but it’s not a huge Catholic country compared to Mexico or Brazil,” Marquez said. “And nevertheless, the Holy Father has decided to come and be with Catholic Cubans and the Cuban people in this special moment in our history.”

The Pope will begin his visit in Santiago de Cuba, site of the shrine to the Virgin of Charity, and will celebrate an outdoor Mass in the public square of the island’s second-largest city.

He will then travel to Havana and celebrate Mass in the Plaza of the Revolution, the same place where Fidel Castro gave many of his marathon speeches, and where John Paul II addressed a vast crowd of Cubans in 1998.

With the Obama administration easing travel restrictions for Cuban Americans who want to return to the island, thousands of US residents are expected to make the trip to attend the Pope’s outdoor Masses.

“The Pope’s visit will open paths between the Cuban people and the government, the Church and the government, and among Cubans here and abroad,” said Roberto Veiga, editor of “Lay Space,” one of the Church-backed journals that has become a key forum for debates on political and economic topics, on an island where nearly all forms of media are still controlled by the state.

In advance of the Pope’s visit, Raul Castro announced last month the release of more than 2,900 Cuban inmates from the island’s jails, including several who were considered political prisoners.

But US subcontractor Alan Gross was not among them, and Benedict may also use the visit to privately urge Raul Castro to pardon the 62-year-old jailed American. Gross is serving a 15-year prison term for attempting to set up clandestine satellite internet networks on the island as part of a US-funded democracy program.

US officials and Gross’s lawyers say he was only trying to give better web access for Cuba’s small Jewish community. His imprisonment is now viewed as the biggest sticking point to improvements in US-Cuba relations, and anything the Vatican might do to ease tensions would be viewed as a diplomatic success.