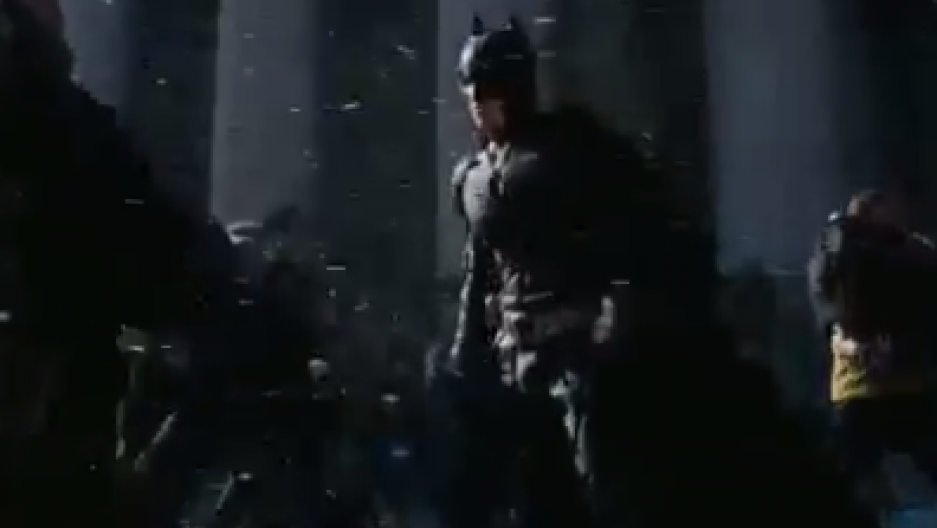 The Dark Knight Rises is one of the big movies set to debut in 2012. (Photo from Warner Brothers movie trailer.)

In 2012, the big screen adaptation of "The Hunger Games" will wage a similar battle against "The Dark Knight Rises." But this year won't be all explosions: a new take on "The Great Gatsby" starring Leonardo DiCaprio and a biography of Lincoln starring Daniel-Day Lewis will also hit theaters.

The Dark Night Rises will conclude the Batman Trilogy. The movie has several good villains in it, said Rafer Guzman, film critic for Newsday, and Christopher Nolan, the writer and director of the trilogy does an excellent job of making superhero movies "not stupid."

The Hunger Games book will also make its movie debut this year. Kristen Meinzer, culture producer for The Takeaway, said the book, and the two sequels that followed, have been a sensation.

"I devoured the trilogy in less than a week," she said. "It's like a combination of a reality show and gladiators — it's all of these things and I am so excited."

In Gatsby, Guzman said DiCaprio is the perfect pick to play the eponymous character. Tobey Maguire will play Nick Carraway.

Joyful Noise, another 2012 release, looks at choir trying to win a national competition, and the rivalries that develop within it.

Meinzer said the cast is fantastic.

"It's like a choir smack-down between divas," she said. "It's going to be fabulous."

Then there's Argo, a CIA-action flick based on a true story, starring Ben Affleck, who also directed the movie. It's set in Iran during the height of the revolution. It's based on a plot to get six American diplomats out of Iran, disguised as a film crew.

"As a director, I think (Ben Affleck) is one of the best around," said Guzman. "Gone Baby Gone, The Town, I think are really serious films. When that guy gets into a director's chair, he becomes a really serious guy."

"He's perfect for it," Meinzer said. "I've had a crush on Abe Lincoln all my life."