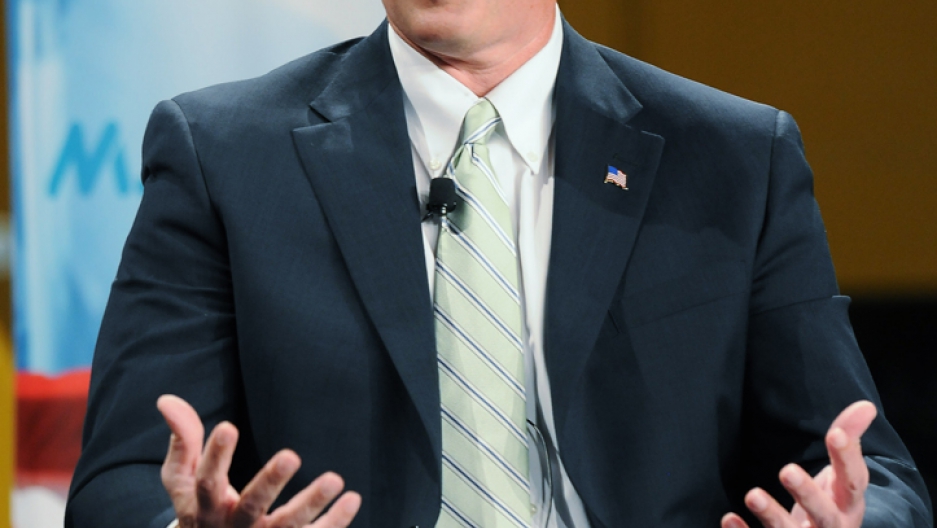 Republican presidential candidate and former US Senator Rick Santorum said that gay marriage should not be taught as 'equal' to heterosexual marriage in school curriculum.
Credit: Steve Pope
Share

Rick Santorum has said quite a few newsworthy comments during his campaign for Republican candidate in the 2012 president election.

The former Pennsylvania senator came in second in the Iowa Caucuses Tuesday night, trailing Mitt Romney by just a few votes. It looks like he’ll be sticking around this election for a while longer, and GlobalPost has therefore put together five of his most controversial quotes. Consider this your Santorum refresher course.

1. On Sunday, just days before the caucuses, Santorum sparked controversy with his comments about African Americans and the welfare system on his last campaign stop in Sioux City, Iowa, CBS News reported.

"It just keeps expanding. I was in Indianola a few months ago and I was talking to someone who works in the department of public welfare here, and she told me that the state of Iowa is going to get fined if they don't sign up more people under the Medicaid program. They're just pushing harder and harder to get more and more of you dependent upon them so they can get your vote. That's what the bottom line is."
Santorum then added, "I don't want to make black people's lives better by giving them somebody else's money; I want to give them the opportunity to go out and earn the money."

2. Santorum has been an outspoken supporter of the military’s former “Don’t Ask, Don’t Tell” policy. His comments about homosexuals serving in the US Military have shown his concern with the idea of men “living in close quarters” and showering together, Fox News reported. The candidate also compared the differences between African Americans and homosexuals serving in the armed forces.

“There are people who were gay and lived the gay lifestyle and aren’t anymore. I don’t know if that’s the similar situation or that’s the case for anyone that’s black. It’s a behavioral issue as opposed to a color of the skin issue, and that’s the diff for serving in the military.”

3. Rather than refer to it as the “War on Terror,” as many do, Santorum has come to identify the United States’ anti-terrorism efforts as “the war against radical Islam,” the Fiscal Times reported.

“We are not fighting a war on terrorism. Terrorism is a tactic. We are fighting a war against radical Islam...What all the radical Islamic leaders are saying is just ‘Wait America out. America is weak, they will not stand for the fight… we will be the strong horse in the region.’ President Obama, by making political decision after political decision about timelines and constraints on rules of engagement has validated everything these radical Islamists are saying.”

4. Santorum’s foreign policy ideas have also been controversial, such as when he stated that there is no Palestine. Fellow competitor for the Republican candidacy Newt Gingrich has also made some questionable remarks concerning Palestine. Here are Santorum's remarks, according to The Jewish Week.

5. To round out the top five controversial quotes from Santorum are his thoughts on global warming, or the fact that he doesn’t believe there is such a thing, which he told Glenn Beck on Fox News in June. He even encouraged everyone to "drill everywhere!"