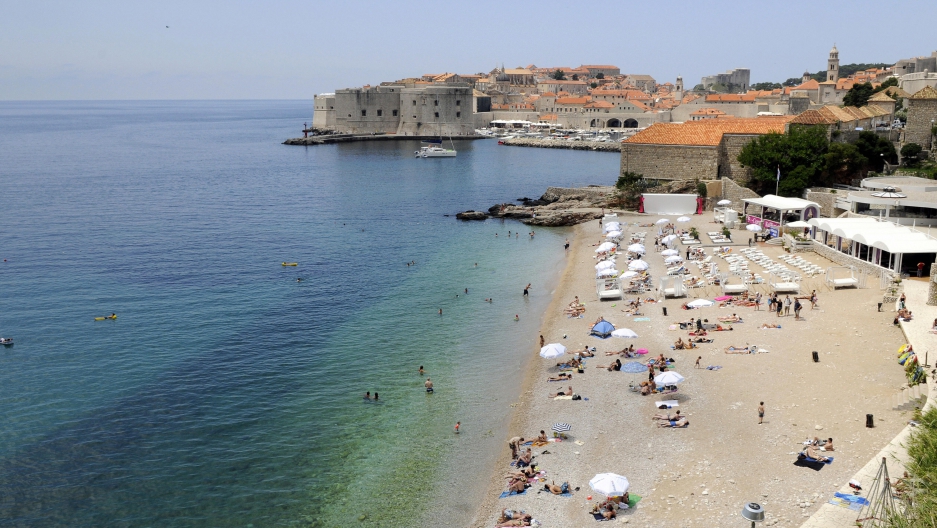 A Croatian official who warned "drunken and crazy" young Australians and New Zealanders to stay away from the ancient city of Dubrovnik has reportedly been fired for her lack of "tourism diplomacy."

Pave Zupan Ruskovic, a former Croatian Tourism Minister, lashed out at the tourists from Down Under in an interview with the local weekly Dubrovacki List, The New Zealand Herald reported.

"This summer season we've had an increased number of visits from young people from Australia and New Zealand and we were not delighted," Zupan Ruskovic reportedly said. "It would be better if they did not come.

"When they enter the city they come drunken and crazy. And that's absolutely not appropriate for any city and in particular for Dubrovnik."

Dubrovnik is known for its ancient walls around the city and was once described as the "pearl of the Adriatic."

The Croatian Times, however, noted that a number of recent accidents in Dubrovnik had involved Australians, including an incident where Perth woman suffered serious injuries when she landed on rocks after misjudging the distance as she jumped from a cliff.

A New Zealand girl was involved in an incident in Croatia last summer when her wrist was cut, "most probably in a wild sex party aboard a yacht on the island of Hvar in the central Adriatic," the paper wrote.

Zupan Ruskovic said that unless trip organizers kept disruptive tourists out of the city, she would need to implement new rules.

However, her comments evidently displeased Dubrovnik's mayor, Andro Vlahusic, who said he would not be renewing her contract as the city's tourism destination manager.

Speaking to the Times, Vlahusic said Dubrovnik was an open and free city where all guests were welcome.

"The common aim of all of us who work for the city tourism is to gain as the best quality as we can. It can be a guarantee of security and a pleasant stay of visitors no matter of their origin or age," the mayor reportedly said.

According to the Herald:

A defiant Mrs Zupan Ruskovic is standing firm: "Dubrovnik does not need drunken Kiwi and Aussie tourists walking naked down the central street."