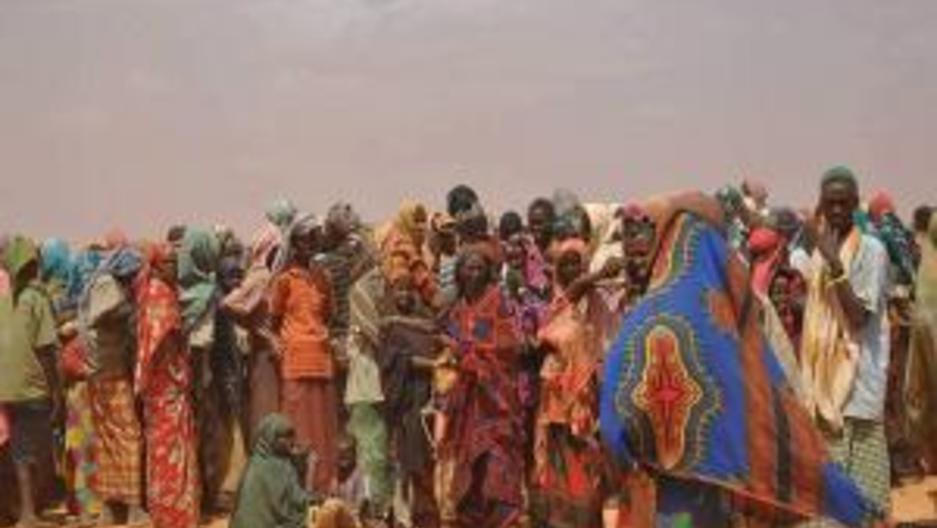 Refugees wait to register with aid workers in Dolo Ado, Somalia. A story about hedge funds and African farm land was the top story in terms of traffic on PRI.org in 2011. (Image by Flickr user DFID - UK Department for International Development (cc))

Some of them you liked; other's we're fairly certain none of you read. But then there are those that stood out. Those that accumulated so much traffic they make it on our list of the Top 10 stories you all clicked on most. They cover a range of topics and come from a variety of courses. Really, all they have in common is they piqued your interest in a big way this year.

Are there other stories that stood out for you in 2011? What stories do you remember from a year in news that went full speed all year, from the tsunami and earthquake in Japan, to the Arab Spring protests across Africa and the Middle East to the killing of Osama Bin Laden and the death of Kim Jong-il.

No. 10: Is the United States too democratic?

This story, posted in February from The Takeaway, was picked up by Digg. It was clicked on more than 7,000 times over the year and about 70 percent of that traffic came from Digg.

Coming in at the ninth position is a story with nearly 10,000 pageviews. Posted in August from The World, most of the traffic to this story came from Rense.com, an eclectic site mostly for UFO enthusiasts.

This year, we entered into a partnership with NewsLook, a video syndication service that gives us access to news video from a variety of major news outlets. When Dan Wheldon died in a terrible car crash, The Takeaway did an outstanding job telling the story of Wheldon. We were able to pair it with a video of the crash  from an Australian TV network and thousands of you came from Google to see our story.

The Arab Spring protests were a defining moment of this year. But none of the protests have been as brutal as that still going on in Syria. Because of violent government repression, Syrian rebels have opened a network of secret hospitals where the wounded can be treated. This story from The World, in partnership with PBS Frontline, generated nearly 11,000 pageviews since late October, when we first posted it. Interestingly, this story continue to be one of the top 10 stories on our website day in and day out, even two months later.

Taking the sixth spot this year is a story from Living on Earth in February, about how rising populations and rising food prices may be the next cause of global conflicts. Some 14,000 people have checked out this story, most coming from Fark. Fark is a new aggregator looking for the strangest, weirdest, most upsetting or most important news to present to it's discerning community. We'll let you decide what led Fark to link to this story.

No. 5: How video gaming could be good for you

Back in November 2009, we posted a story from The Takeaway about the benefits of playing video games. Thanks to the magic of Google, the story really found its stride _this year_. Some 23,000 pageviews later — 15,000 this year — we're pretty sure we've helped many kids win the argument with their parents that yes, they should stay inside and play video games.

No. 4: Technology will enable us to live forever says futurist

Proving that most of you are afraid of dying, nearly 18,000 of you clicked on a story about a futurist predicting that technology would soon enable humans to live forever. While sounds farfetched, the man interviewed on this story from The World in August has a track record of accurate predictions.

No. 3: Parazit: The Daily Show of Iran

Here's another story from last year that's continued to see success in terms of traffic this year. Last December, we posted a story from The World about an Iranian show that resembles the Daily Show with Jon Stewart here in the United States. Evidently it's quite popular because more than 10,000 people have searched for the show on Google, and landed on our website. Overall, it's had some 17,000 pageviews this year, and more than 18,000 total.

No. 2: Polygamy in America

In February 2010, Here & Now took a look at the history of polygamy in America, as well as its current practitioners. The story they produced was clicked on nearly 30,000 times this year alone and some 43,000 times since it was posted. The vast majority of that traffic has come from Google as people seem to be trying to understand polygamy.

In the top spot this year is a story that provoked intense reactions on social media. In August, Here & Now produced a report that looked at global hedge funds that were buying farmland in Africa, as draught and famine continue across the continent. It's been seen some 35,000 times since it was posted. It was shared on Facebook more than 1,000 times and Tweeted on Twitter more than 200 times. It was also a big story on Reddit is "a social news website where the registered users submit content, in the form of either a link or a text 'self' post," which others can then vote up or down.