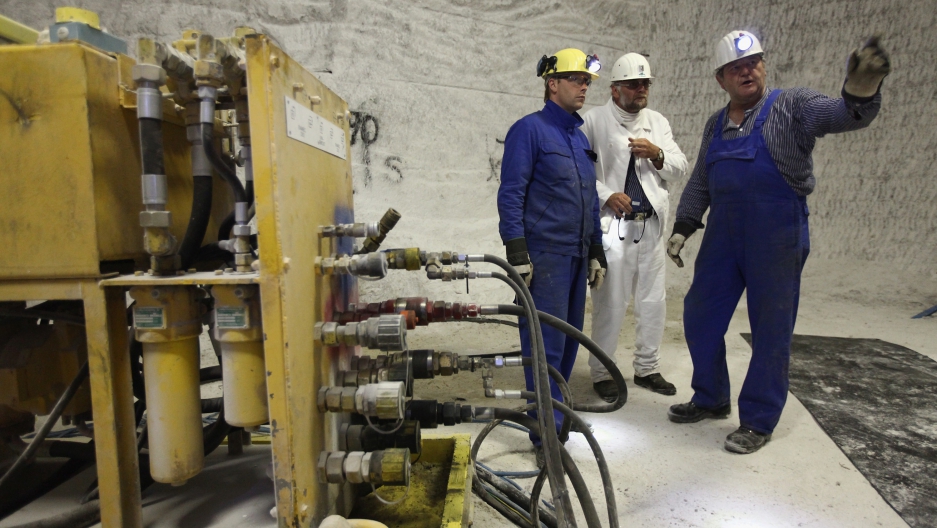 Joblessness in Germany is the lowest it’s been in 21 years, according to data from the German Federal Labor Agency published today. On average, 7.1 percent of the workforce was unemployed in 2011, The New York Times reported. That’s less than 3 million people out of work.

"Germany's manufacturing and export-driven economy finished the year strongly – piling on another 22,000 jobs in December," Anthony Cheung of market analysts RANsquawk told BBC News. "Behind the strong performance lie some adept moves by Germany's exporters. As their eurozone markets weakened, they have been very good at moving their focus elsewhere. German carmakers have more than compensated by dramatically growing sales to developing markets."

The unemployment rate for the eurozone as a whole is more than 10 percent, The Times reported. In Greece, 18 percent of the workforce is unemployed.

The divergence of eurozone economies has been a source of tension since Europe’s sovereign debt crisis struck, with northern countries around Germany recording much stronger growth than their southern neighbors, whose less competitive economies have been further burdened by austerity measures to correct unsustainable fiscal policies.

“Spain is undoubtedly at the start of a tough two-year phase of recession and reform,” Holger Schmieding, an economist at Germany’s Berenberg Bank, told the Financial Times. “But the German jobless numbers show the pain is worth it – labor-market reforms are painful, but they work.”

More from GlobalPost: Unemployment: How does Spain cope?