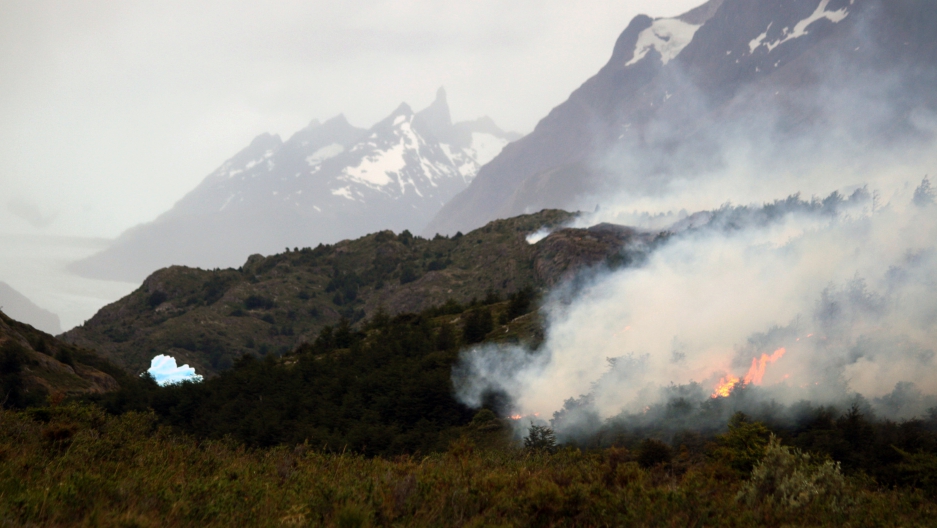 A massive forest fire rages uncontrolled at the Torres del Paine National Park in the Patagonian steppe in southern Chile on December 31, 2011. Chilean firefighters on Saturday tried to contain the massive wildfire that has ravaged tens of thousands of acres of pristine Patagonia and forced authorities to close the popular national park.
Credit: Francisco Quiroz
Share

The fires in the regions of Magallanes, Bio Bio and Maule have claimed one life — an elderly man who refused warnings to leave his home — according to the Associated Press, and burned about 90 square miles of forest.

More than 100 homes have been destroyed, and thousands of tourists normally visiting the famed Torres del Paine national park at this time of year had to stay away, resulting in millions of dollars in losses.

According to the AP, Singer's traveling companions said he set fire to toilet paper after going to the bathroom, and then failed to put it out completely.

But Haaretz reported that Singer admitted he had lit a bonfire in an area of the Torres del Paine park where such fires are prohibited.

The paper added that as Singer was led to the courtroom, onlookers shouted "filthy Jew."

Singer, who has protested his innocence, was released Sunday from custody to the village of Puerto Natales. His passport was confiscated and he is forbidden to leave the Patagonia region in southern Chile until his case is heard.

"[The fire was] obviously caused by tourists' negligence. It could have been accidental, and most chances are that it was accidental, even though we can't be certain," she said, Haaretz reported.

According to the AP, a nationwide heat wave and drought is exacerbating the fire danger in southern Chile.

"We have a situation of extreme vulnerability," said President Sebastian Pinera, who called for toughening sentences for arson.