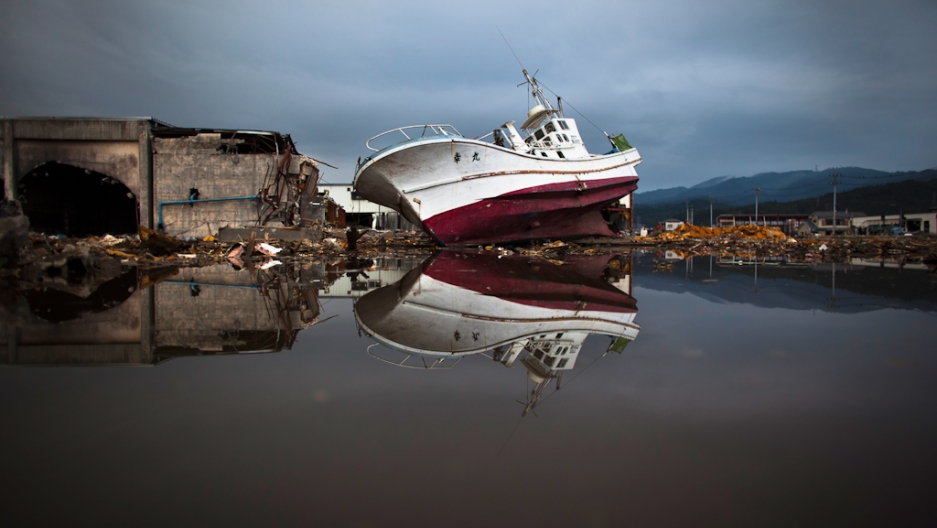 A devasted area is seen prior to the sixth month anniversary of the March 11 earthquake and massive tsunami on September 10, 2011 in Kesennuma, Miyagi Prefecture, Japan.
Credit: Athit Perawongmetha
Share

As far as natural disasters are concerned, it would be difficult to experience a year worse than 2010. With a string of devastating earthquakes in Haiti and Chile, and then several massive volcanic eruptions in Iceland and Indonesia, along with the usual flooding, landslides and tropical storms, many people wrote around this time last year that 2010 was a year defined by disasters.

Well, while 2011 might be better defined by protests, it did its best to live up to 2010's natural havoc as mother nature continued its apparent retaliation against man from Japan to Africa to the United States. Here's a look at some of the most-severe natural calamities to strike in 2011.

1) Earthquake in Japan — Talk about a butterfly effect. The 8.9-magnitude earthquake — one the strongest earthquakes ever recorded — that struck off of Japan's coast on March 11 would have been the year's worst disaster by itself. But it was the tsunami it triggered that would cause the most lasting damage. The surge of water reached 30 feet high and traveled more than three miles inland. More than 15,000 people were killed by the earthquake and subsequent tsunami. But it is the nuclear meltdown that the tsunami caused that everyone is talking about and will likely be talking about for years to come. Some think the world could ultimately come to view Fukushima as being worse than Chernobyl.

2) Drought in East Africa — A widespread drought across Kenya, Somalia, Ethiopia, Eritrea and Djibouti over the summer laid waste to food and water supplies across the region, sparking the worst famine in decades. Somalia, already a failed state at the best of times, was the hardest hit. An armed conflict with Al Shabaab, the local offshoot of Al Qaeda, only exacerbated the problem. The famine worsened in September as the United Nations reported that half the country was in need of emergency aid. It now estimates that as many as 30,000 children have died as a result.

3) Floods in Thailand — Thailand suffered through the worst flooding in half a century this year, inundating large swathes of Bangkok, its densely populated capital. The waters first began to rise in July, and the flooding continued through December. Thai officials say that about 800 people have been killed as a result of the floods, but some suggest that number is likely higher. More than 12 million people were affected and the financial cost has been astronomical. The World Bank reported this month that damages could reach as high as $45 billion — making it one of the costliest disasters in recent history.

More from GlobalPost: PlanetPic: Amid flooding, Thais race to save their pets

4) Typhoon in the Philippines — Tropical Storm Washi might be the most under-covered natural disaster of 2011, and it just happened. The storm first made landfall on Dec. 16 over Mindanao, the second-largest and easternmost island of the archipelago. It is the site of a long-running separatist conflict, which has complicated rescue efforts. In less than 12 hours, about 8 inches of rain blanketed the region, triggering flash floods and landslides. So far more than 1,200 people have been reported killed as a result, and that number is expected to rise. More than half a million people have lost their homes, according to government officials in the Philippines.

5) Storms in the United States — It's rare for the United States to make these kinds of lists, with the exception perhaps of Hurricane Katrina in 2005. But it makes the list for 2011 because of a combination of unusual and severe weather events that in total caused the country $35 billion in damages and killed more than 700 people. Numerous tornadoes, flooding, a drought and a blizzard have all combined to at times cripple regions of the United States. On April 27, more than 300 tornadoes — four of those reaching the highest level on the tornado severity scale — ripped through the Southeast, leveling whole towns and killing 321 people. The unprecedented tornado outbreak was quickly followed a month later, on May 22, by another level five tornado in Joplin, Missouri that wiped out the town and killed 158 people. Add to that a devastating winter blizzard in the Midwest, Hurricane Irene on the East Coast and a massive drought across the South, and 2011 becomes one of the worst year's for natural disaster in United States history.