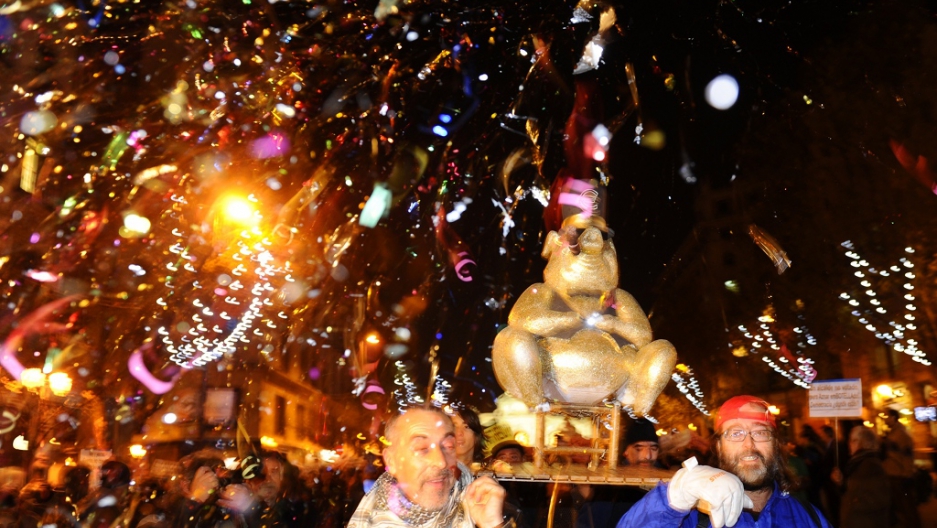 News about the Occupy movement isn't traveling quite as fast these days so it is possible to have missed out on this story in El Pais. The "Indignados" - now called the 15-M movement after the date of their first demo last spring - returned to Puerta del Sol for a big march on Wednesday.

Around 3,000 people took part in the demonstration against anticipated budget cuts. Spain's new right-wing government, led by Prime Minister Mariano Rajoy, is  preparing to give details of its budget for next year.  The Spanish economy is in recession but deep cuts are expected as the government has decided to deal with Spain's debt crisis by swallowing the austerity pill.

El Pais reports the crowd chanted, "We will not pay for your crisis!" and "They call it democracy, but it is not!"

More than 45 community groups were involved.