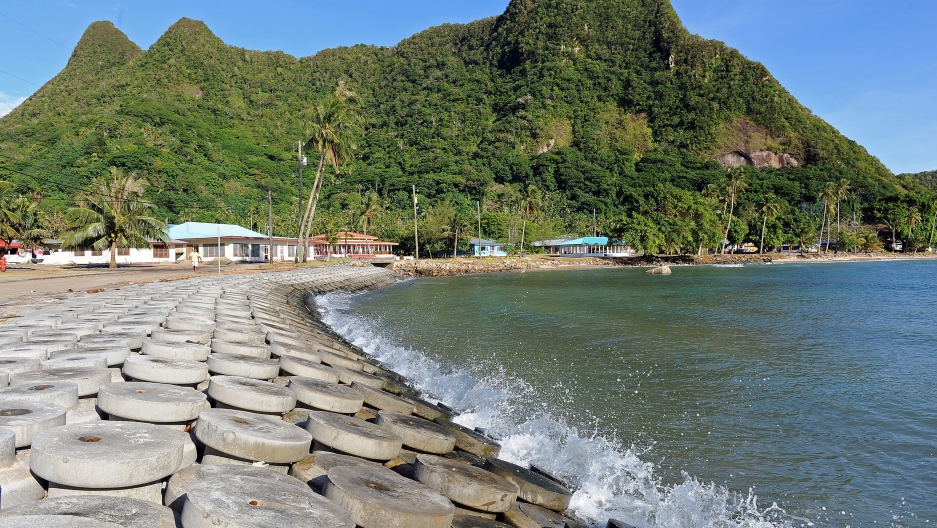 6. Samoa, a group of islands once a part of New Zealand, is the world's sixth fattest nation. Also in the Pacific Islands, 83 percent of its population is obese.
Credit: TORSTEN BLACKWOOD
Share

The small Pacific island is skipping Friday this week, jumping 24 hours into the future and erasing the day. Samoa will be switching back to the west side of the international dateline, which will cause it to be on the same weekday as Australia, New Zealand and eastern Asia, the Guardian reported.

But rather than stressing over losing the eve before New Year’s Eve, Samoans are taking the change pretty lightly, according to CNN.

"Sure, people are excited," government spokesman Uale Papalii was reported as saying to foreign media, CNN reported. "I myself am relaxed, (we are) only changing the calendar.”

Read more at GlobalPost: Samoa to jump forward one day in time

The decision to push international dateline further to the east and go back to the future, was made 119 days ago, in order for Samoans to stay behind and get an extra work day in. This will enable them to do business with American traders in California.

"In doing business with New Zealand and Australia, we're losing out on two working days a week," said the prime minister, Tuilaepa Sailele Malielegaoi, the Guardian reported. "While it's Friday here, it's Saturday in New Zealand and when we're at church on Sunday, they're already conducting business in Sydney and Brisbane."

Currently, the island of 180,000 people is 21 hours behind Australia and 23 hours behind New Zealand, which gives it just four working days a week to coincide with some of the Pacific Rim’s biggest economies, CNN reported. Once Samoa makes the move, it’ll be just three hours ahead of eastern Australia and an hour ahead of New Zealand.

Read more at GlobalPost: How did people in the South Pacific get so fat?

The international dateline roughly follows 180 degrees longitude but takes diversions around island and territories, which prevents it from splitting up the time zones of nations. But this also means that the islands’ time zones don’t exactly match up. Tonga, Samoa’s closet neighbor, is a full 24 hours behind Samoa.