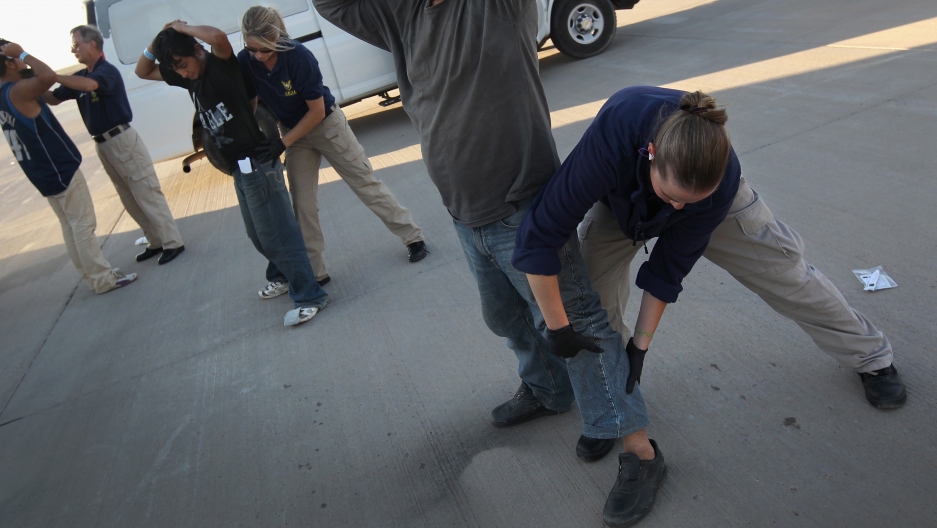 In 2012 a set of new laws will take effect affecting everything from immigration to abortion to tanning beds.

Nearly 40,000 new laws were enacted in 2011, and some will start as early as New Year’s Day, according to the National Conference of State Legislatures, the Associated Press reported.

In California, students will also be the first in the United States to learn about the contributions of "lesbian, gay, bisexual, and transgender Americans,” CNN reported. California will also add another law regarding "gender identity and gender expression" to the list of characteristics that require equal rights.

The laws will range state to state, such as in New Hampshire where young women will have to tell their parents or a judge if they want an abortion, Bloomberg BusinessWeek reported. Originally Gov. John Lynch had vetoed the bill, wanting an exception for rape, incest and abuse, but the legislature overrode his veto, CNN reported.

Read more at GlobalPost: Arizona immigration law to be reviewed by Supreme Court

California added many of the new laws going into effect. Both California and Oregon will prohibit the sale of shark fins in 2012. California also added alcohol to its list of new laws, prohibiting the sale of alcohol that has caffeine added, and banned the use of tanning beds by minors.

A controversial hot topic, immigration, was among the many laws added nationally. There were more than 1,600 bills presented in states dealing with immigrants and refugees, according to NCSL, ABC News reported.

Alabama will be instituting the country’s toughest immigration law, enacting a key provision which requires all employers who do business with any government entity to use E-Verify to check if employees are legal citizens, the AP reported. Georgia will follow suit with a similar law, requiring businesses with 500 or more employees to use E-Verify. The law will be phased in and employers with more than 10 employees will be included by July 2013. Louisiana, Tennessee, and South Carolina also passed similar laws involving E-Verify.

"Each state politically is different. If you look in 2011, there were more Republican legislatures than there have been in recent history," said Jon Kuhl, a spokesman for NCSL, ABC News reported. "If you are looking at the totality of the legislation, it does trend toward the Republican or conservative side. In California's case, where you have a Democratic governor and legislature, the politics will fall in line with that."

Immigration laws in these states attracted supporters and many against it, with critics saying that changes to immigration law should come at a federal level rather than state. In Georgia, some critics say portions of the law already in effect are hurting the state economically.

"It is destroying Georgia's economy and it is destroying the fabric of our social network in South Georgia," Paul Bridges, mayor of the onion-farming town of Uvalda, said in November, the AP reported. He is part of a lawsuit challenging the new law.

California will also add a new immigration law, along with its many others in the new year. Except in California, it will be more lax than other states. The California Dream Act will go into effect next year, which expands eligibility for in-state tuition and non-state scholarships to students who may not have legal status in the US but have attended high school in the state for at least three years, ABC News reported. Another new law will allow the same students to participate in student government.