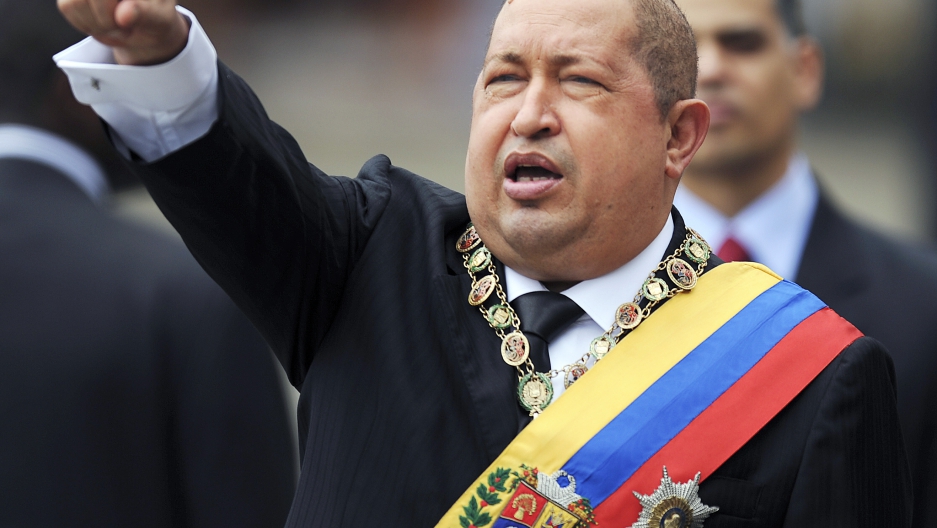 Yesterday, Venezuelan leader Hugo Chavez accused the US of hatching a 'cancer plot' against Latin American leaders. Here, we round up five more of his most outlandish statements.

In 2006, following Bush's address to the United Nations, Chavez called the former US president the devil in his own UN speech, the Guardian reported.

"This is another abuse and another abuse of power on the part of the devil," Chavez told international leaders, referring to the American authorities' preventing his personal doctor and head of security from disembarking at New York airport. "It smells of sulfur here, but God is with us and I embrace you all."

More from GlobalPost: Top 10 photos: the many faces of Hugo Chavez

"Focus on governing your country, which you've turned into a disaster," Chavez said to Obama in an interview on national television, according to The Guardian. "Now you want to win votes by attacking Venezuela. Don't be irresponsible. You are a clown, a clown. Leave us in peace… Go after your votes by fulfilling that which you promised your people."

In March 2011, Chavez turned his vitriol from American politics to plastic surgery. The Venezuelan president called it a “monstrous thing” to see women without adequate financial resources spending their savings on breast augmentation, and condemned doctors who “convince some women that if they don’t have some big bosoms, they should feel bad," The Telegraph reported.

"Now some people think, ‘My daughter’s turning 15, let’s give her breast enlargements.’ That’s horrible. It’s the ultimate degeneration,” he said on his weekly television show.

4. The US used the earthquake to 'occupy Haiti undercover'

As far as Chavez was concerned, the US's aid to Haiti after their devastating earthquake in 2010 was just a veil, Reuters reported:

"I read that 3,000 soldiers are arriving, Marines armed as if they were going to war. There is not a shortage of guns there, my God. Doctors, medicine, fuel, field hospitals, that's what the United States should send," Chavez said following the earthquake in Haiti. "They are occupying Haiti undercover. On top of that, you don't see them in the streets. Are they picking up bodies? ... Are they looking for the injured? You don't see them. I haven't seen them. Where are they?"

5. Chavez exhumes Bolívar to prove he was assassinated

When Dr. Paul Auwaerter, an infectious-diseases expert at the Johns Hopkins School of Medicine in Baltimore, presented research that South American independence hero Simon Bolívar may have died of arsenic poisoning, President Chavez readily agreed. And so, in July 2010, Chavez had Bolívar exhumed so that his body could undergo DNA testing, BBC News reported.

"In my heart, for years, I've had the conviction that Bolívar didn't die of tuberculosis," Chavez declared. "I think they assassinated him."