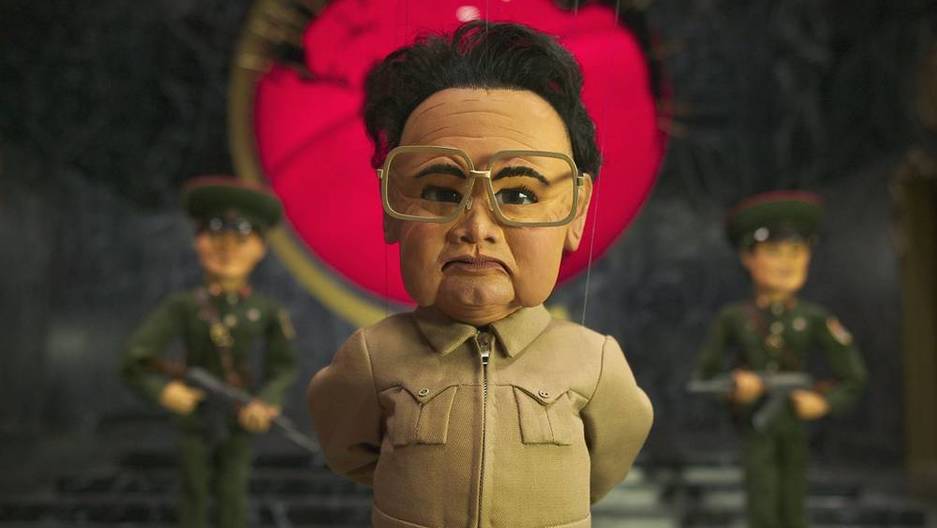 Kim Jong Il is pictured in this scene from the 2004 film "'Team America: World Police."

Kim Jong Il, North Korea's dear leader and a dear friend to comedians the world over, was laid to rest in North Korea on Wednesday.

He is, of course, just the latest of the world's notorious dictators to die or be forced from power. One of the members of George W. Bush's original axis of evil, Kim joins Saddam Hussein among the departed.

But he's not the only outlandish dictator to meet his end. Libya's Muammar Gaddafi was tossed from power as well this year; Egypt and Tunisia's strongmen leaders have also been ousted — though they were certainly less outlandish than Kim.

In fact, Kim Jong Il was such a character, born under a double rainbow, able to influence the weather with his moods, an excellent golfer who shot a 38-under par on his fist outing, that he became a popular target for comedians. He was, of course, a star of Team America: World Police. He also made regular appearances on South Park and was skewered repeatedly on late night comedy shows.

His death may mark the passing of the comedic dictator — seemingly more James Bond character than real world leader. Take Gaddafi, for example. Notorious for his all-female body guard corps, the Libyan dictator was found by Libyan hiding in a drainage pipe.

What remains to be see is what role Kim Jong Un, Kim Jong Il's son and designated successor, will assume. Will he feed his people and pursue a path of union with South Korea?

Of will he continue to outlandishly comedic practices of his father and continue the international isolation of his country.