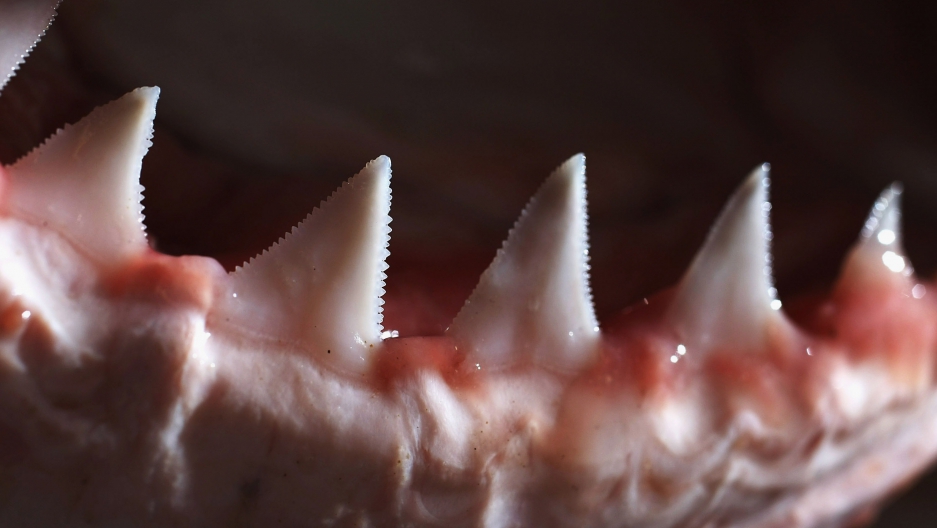 The Pacu fish — known to locals as the "Ball Cutter" — has much more human-like teeth than this shark, but they're just as deadly.
Credit: Ian Waldle
Share

It may sound like a legend on par with Sasquatch and the Loch Ness Monster, but the notorious "Ball Cutter" fish is real.

Jeremy Wade, a 53-year-old British fisherman, caught a Pacu fish in Papua New Guinea that has bitten the testicles off at least two local men, The Sun reported.

"I had heard of a couple of fishermen in Papua New Guinea who had been castrated by something in the water," Wade told The Sun. "The bleeding was so severe that they died. The locals told me that this thing was like a human in the water, biting at the testicles of fishermen. They didn't know what it was."

Wade managed to reel the muscular fish into his small wooden boat and wrestled it to the floor. Pacu fish are native to the Amazon, where they need their teeth to crack into the tough cases of nuts and seeds. They were introduced to Papua New Guinea 15 years ago, and began eating meat for lack of vegetarian options, The Sun reported.

Wade tracked down the elusive creature, a 40-pound fish with remarkably human teeth that resemble molars, as part of his television series River Monsters, which airs on Animal Planet. Wade and his team of four spent 14 weeks traveling around the world to film the third season of the show. He captured a total of seven animals, including an electric eel which stopped human hearts in Brazil, before releasing them back into the wild, the Sun reported.