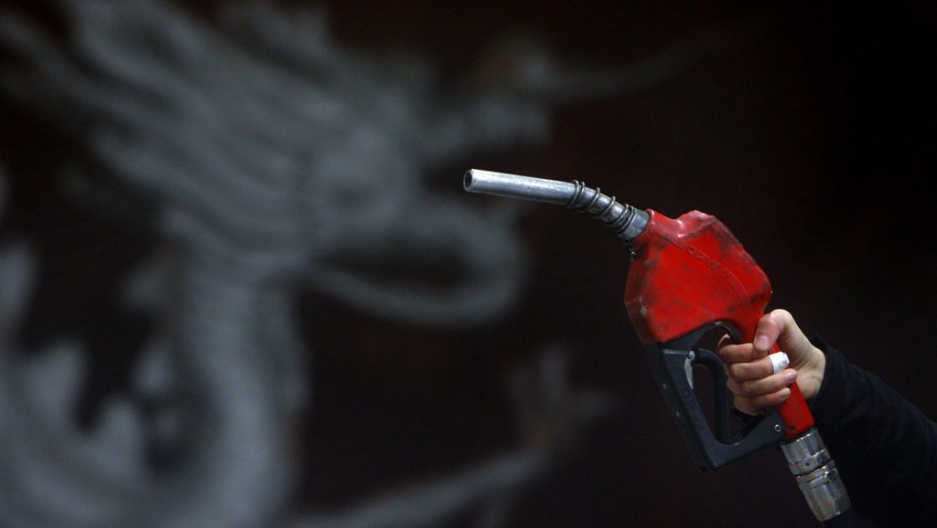 A worker fuels a car in front of a dragon decoration at a gas station January 14, 2007 in Beijing, China.
Credit: China Photos
Share

After decades of war and turmoil, Afghanistan signed its first oil deal Wednesday. It made the deal with China National Petroleum Corp, China's largest oil company, for the development of oil blocks in the Amu Darya basin, Reuters reported.

The project is expected to earn Afghanistan billions of dollars over the next two decades. The deal covers drilling and a refinery in the northern provinces of Sar-e Pul and Faryab. This is the first such deal the Afghan government has made in several decades, Reuters reported.

The contract has an initial investment from CNPC of about $400 million, will last for 25 years and is expected to eventually generate $7 billion in revenues, CNN Money reported.

"Today is a historic day in Afghan history," Wahidullah Shahrani, the Afghan minister of mines said, CNN Money reported. "This is the first time that Afghanistan signs a great contract for the country's oil exploration."

The fuel pact allows CNPC to research oil and natural gas blocks in the Amu Darya River Basin, which was first explored by Soviet engineers in 1960s, the Associated Press reported. The Soviets had estimated the reserves at about 87 million barrels, but both Afghanistan and China believe there will be more, the AP reported.

Read more at GlobalPost: Libya: Is oil a curse or a blessing for new government?

The contract also states that the CNPC will build Afghanistan’s first refinery within the next three years. The deal will give the Afghan government 70 percent of the profits from the sale of oil and natural gas, and the CNPC will pay 15 percent in royalties, plus corporate taxes and rent for the land used for its operations, the AP reported.

This will reduce the oil import bill for the Afghan government, which spends about $3.5 billion to buy almost all its fuel requirement from neighboring countries such as Iran and Uzbekistan, Bloomberg BusinessWeek reported.