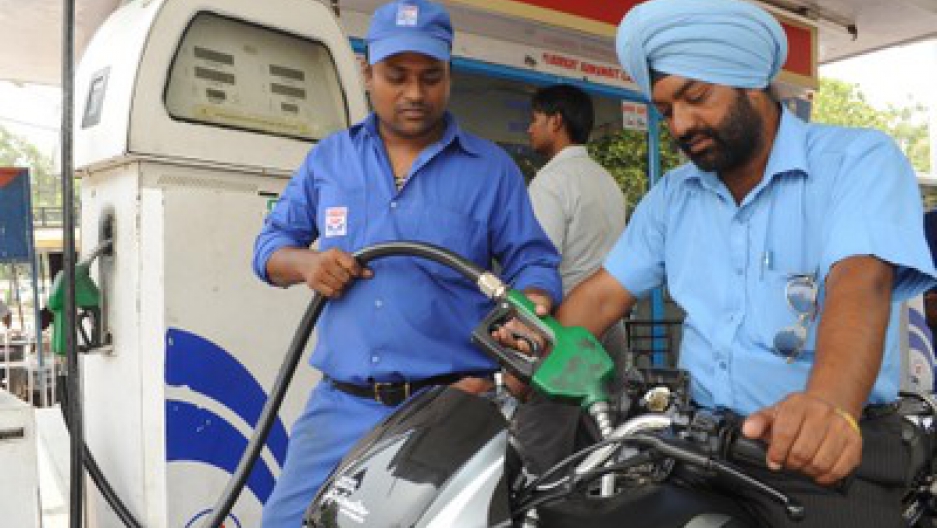 An Indian petrol pump employee fills the tank of a motorbike at a petrol station in Amritsar on July 7, 2011. India imports about 80 percent of its crude oil and has been frantically seeking new fuel sources as its economy grows.
Credit: NARINDER NANU
Share

Iran issued a threat on Tuesday that it would stop the flow of oil from the Strait of Hormuz, the world’s most important oil transit point, if the West still attempts to impose an embargo on Iranian petroleum exports, Reuters reported.

The warning was issued by Vice President Mohammed Reza Rahimi as Iran’s naval forces were in the middle of a 10-day war games exercise in the Arabian Sea and Gulf of Oman, The New York Times reported.

“If Iran oil is banned not a single drop of oil will pass through Hormuz Strait,” Rahimi was quoted as saying by the official Islamic Republic News Agency at a conference in Tehran, The Times reported. “We are not interested in any hostility,” he was quoted as saying. “Our motto is friendship and brotherhood, but Westerners are not willing to abandon their plots.”

Tensions between the West and Iran have increased since Nov. 8, when a report by the United Nations said Tehran was working on designing an atomic bomb. Iran strongly denied the report and said it is developing nuclear energy for peaceful purposes, Reuters reported. Iran has continued to expand nuclear activity, despite four rounds of UN sanctions imposed since 2006 over its refusal to suspend sensitive uranium enrichment and open up to UN nuclear inspectors and investigators, Reuters reported.

In Rahimi’s statement, he seemed to be referring to the sanctions the United States and European Union have said they would impose in order to restrict Iran’s ability to sell oil, the nation’s most important export, The Times reported.

For a sixth day in a row, oil prices rose due to Iran’s threat, the longest stretch in 13 months, Bloomberg reported. Crude oil advanced to as much as 1.7 percent.

“The Iranian threats are getting increasing bold,” said Jason Schenker, president of Prestige Economics LLC, an Austin, Texas-based energy consultant, Bloomberg reported. “The threat doesn’t have to be likely to have an impact on the market, because if it were to be carried out it would potentially be huge.”