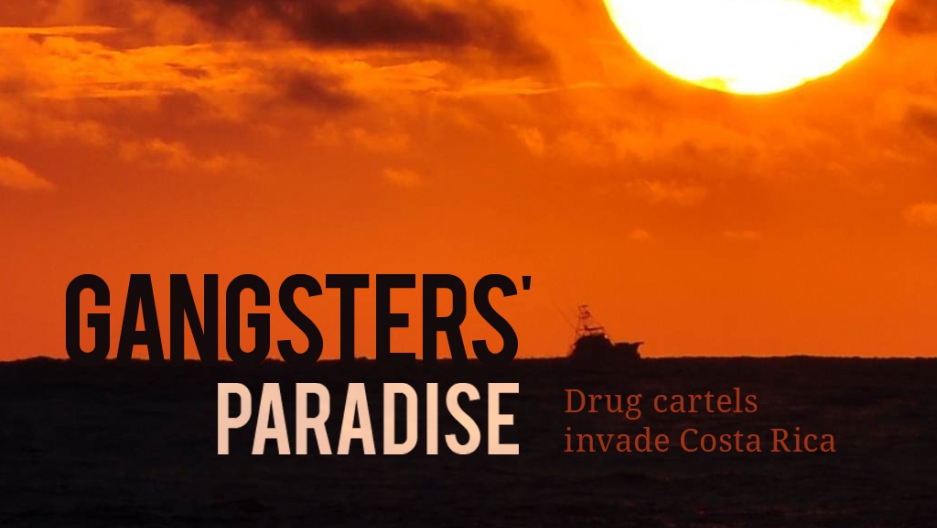 This interview with President Laura Chincilla kicks off GlobalPost's three-part series on Costa Rica's battle with the drug cartels, and how the fight is changing this onetime paradise. The series explores the growing problem of money-laundering, Costa Ricans' new attitude toward crime, and rising rates of crack addiction in the country.

SAN JOSE, Costa Rica — Peaceful, laid-back, green-minded Costa Rica has long been an oasis in an otherwise-tough neighborhood — the “Switzerland of Central America,” as the country's tourism boosters like to boast.

One Costa Rican security expert said that when his colleagues travel on business to El Salvador or Honduras, they say they're going to “Central America,” as if their own country weren't even part of the isthmus.

The phrase “pura vida” — pure life — is the national motto, used for greetings and goodbyes in the same way Hawaiians use “Aloha.”

But Costa Rica is no island, and its regional troubles are creeping in. With Mexican drug cartels competing to secure new trafficking routes to smuggle cocaine to the US, the murder rate in Central America is soaring, and UN data shows it's now the world's most violent region.

Homicide statistics in countries like Honduras and El Salvador are still more than six times higher than Costa Rica's, but the country has nearly twice as many killings now as it did in 2004, and public polls show that security concerns are now the Costa Ricans' top concern.

DEA agents and security officials in Costa Rica say the country is increasingly favored by the cartels as a warehouse for US-bound cocaine from Colombia. But while other Central American nations are deploying their armies to battle the traffickers in cities and remote jungles, Costa Rica has no such fighting force, having abolished its military in 1948 in favor of increased spending on health care and education. Its underfunded police agencies have outdated equipment and little experience taking on organized crime.

Faced with the wealth and corrupting powers of the cartels, Costa Rica's democracy now faces a test like no other, says President Laura Chinchilla, who took office in May 2010 after running on a law-and-order campaign. A former justice minister and security chief, Chinchilla is Costa Rica's first woman president, but she's hit a rough patch lately, struggling with several labor strikes, sagging approval ratings and crime statistics that remain stubbornly high.

Still, Chinchilla is a key US partner in the drug-war fight, and a leading proponent of increased cooperation among Central American nations struggling to take on the cartels. She sat down for an interview recently with correspondent Nick Miroff in San Jose.

GlobalPost: Are you concerned that if you draw more attention to the drug-trafficking threat, it will hurt your country's image for tourism?

Chinchilla: As far as we can show results and say we are at least containing the problem, I think that is not going to be an issue in terms of attracting investment or flow of tourism to our country. So that is why it's important for us to recognize that the problem exists, but at the same time tell people we are working very hard, that this is one of the most important priorities in our agenda, and show results.

How are the cartels using Costa Rica?

We are the typical case of a transit country. But the trends are also showing that Central America is not only a transit area, but that the cartels have established operations in some Central American countries. Some of the figures the US government has show that most of the cocaine entering the US is coming through Central America. What we have seen is that there are linkages between local criminal gangs and Mexican cartels, as well as the Colombian cartels, who are still operating on a lesser scale.

Does Costa Rica need an army?

In terms of defending the country from drug cartels? No, I don’t think so. I am convinced that fighting drug cartels requires strong institutions and using information in the most intelligent way. Fighting cartels is more of an issue of intelligence rather than force, so I don’t think it's necessary to have an army. In fact it’s very interesting to see that while the northern part of Central America has armies, you don’t find armies in Panama and Costa Rica. We are countries that are closer to Colombia, and yet we are two of the safest countries in the region, and we have done much better in terms of preventing drug cartels from coming into our countries than the rest of Central American countries. So the conclusion is that it's not necessary to have an army to be successful.

What stage of the fight are you in here? Do you think you're winning?

I couldn’t say that we are winning the battle. We are doing the best in order to win. But we are aware that we need more instruments, more resources, and more international cooperation.

What do you need from the United States? Is the US doing enough to help?

It isn’t necessarily what the US is doing for Costa Rica, it’s what the US can do about this problem. And we have to be able to recognize that after many years of fighting drug cartels, the situation is not better. The only thing that has happened is that it has been possible to eradicate the presence of drug cartels from one country, but they’ve moved to other countries in the region.

While in the beginning they were involved in drug-trafficking, they are now involved in other activities, and we have the problem of organized crime in the region. We have to be able to evaluate and recognize that if we continue doing things the same way, we will not succeed in this battle.

Not necessarily. Criminals are not looking for nice situations. I think what they are looking for is obscure systems — the possibility of using extortion, corruption. So that is why the most important thing in fighting organized crime is to have a very open society and very strong institutions, so you can know what is happening, and that means transparency, control mechanisms, public scrutiny. Those are key issues. I know my country still has many challenges, but compared to other countries, we are almost champions (of these values) and that is our most important defense barrier.

But the cartels have enormous capacity to corrupt with the money they have.

And you have had cases of corrupt law enforcement.

Yes. Judges, probably. Police, already confirmed. In the political system, we have not had any cases yet, but you cannot discard the possibility. But it is true.

Is this the biggest challenge Costa Rica has faced? How do you compare to the 1980s, when you had (Panamanian General) Noriega on one side and a civil war (in Nicaragua) on the other?

It certainly is, because during the 1980s you had forces fighting in the region, but they had a structure. They had an ideology. They were fighting for different ways of conducting the society, but the problem was a political problem.

This has to do with the survival of the institutions, and it doesn’t matter from left or right, it doesn’t matter what kind of ideology your government has. This has to do with the institutions, and what (the cartels) do is corrupt institutions to disrupt the legal system and the rule of law and, of course, to create a panic situation so that countries cannot prosper. So this is quite different, and I do not remember in our whole history a menace as this menace with organized crime.

It is, it is. It is a test. And we have a strong commitment. But we need to do much more in terms of how we will organize with the international community, and which kinds of instruments we are going to add to this battle. There's much more to do.

With support from the Pulitzer Center on Crisis Reporting.