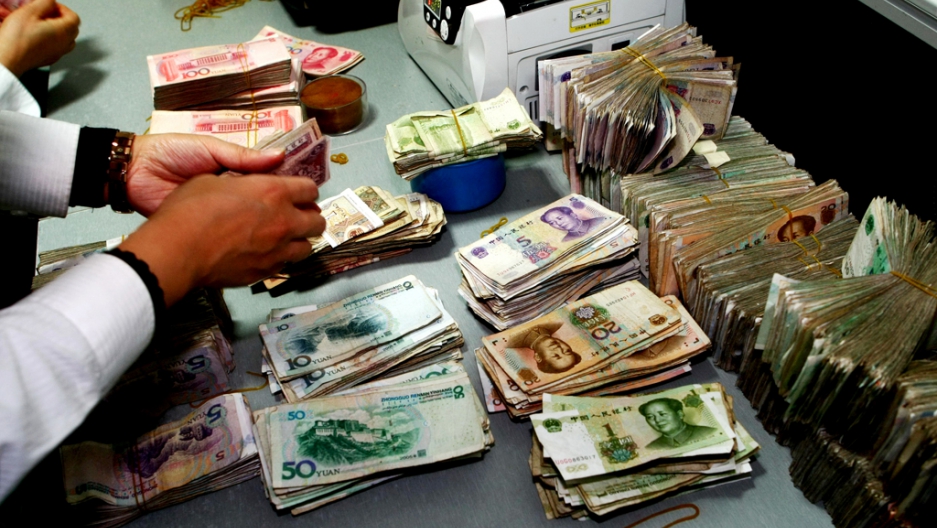 The Chinese yuan hit an all-time record high in 17 years on Monday. Its value is expected to increase throughout the new year.
Credit: STR
Share

According to Taipei Times, the Chinese yuan hit an all-time high on Monday, breaking a 17-year record.

The China Foreign Exchange Trade System reported that the currency strengthened 0.26 percent to 6.3198 per US dollar as of 4:30 p.m. in Shanghai.

It was "the strongest level since the country unified the official and market exchange rates at the end of 1993," Taipei Times reported.

Read more from GlobalPost: Don’t get too excited about the Yuan!

Reuters reported that the yuan's value is expected to increase over the new year as China "continues to post big trade surpluses despite a slowdown in exports and amid pressure from the United States to let the yuan rise to balance bilateral trade."

However, its value is expected to halt around three percent in 2012 due to the Chinese government wanting to keep the yuan stable in the first half of the year so it can analyze the yuan's impact on the euro zone crisis.

A trader at a bank in Shanghai told Reuters that the People's Bank of China (PBOC) is "not in a hurry to let the yuan appreciate amid global economic uncertainties resulting from the euro zone debt crisis."

According to Al Jazeera, the Chinese government is cautious about having a weaker yuan that may "lead to capital outflows."

In recent months, overseas investors appear to be short changing the Chinese currency amid signs that the country's growth is slowing down along with the global economy.

"In addition to using strong mid-points to signal government intentions to keep the yuan stable," Al Jazeera reported, the PBOC "has also acted to inject dollars into the market via state-owned banks whenever there are signs that the yuan is set to weaken sharply."

Read more from GlobalPost: Zimbabwe: Forget the US dollar, what about the Chinese yuan instead?