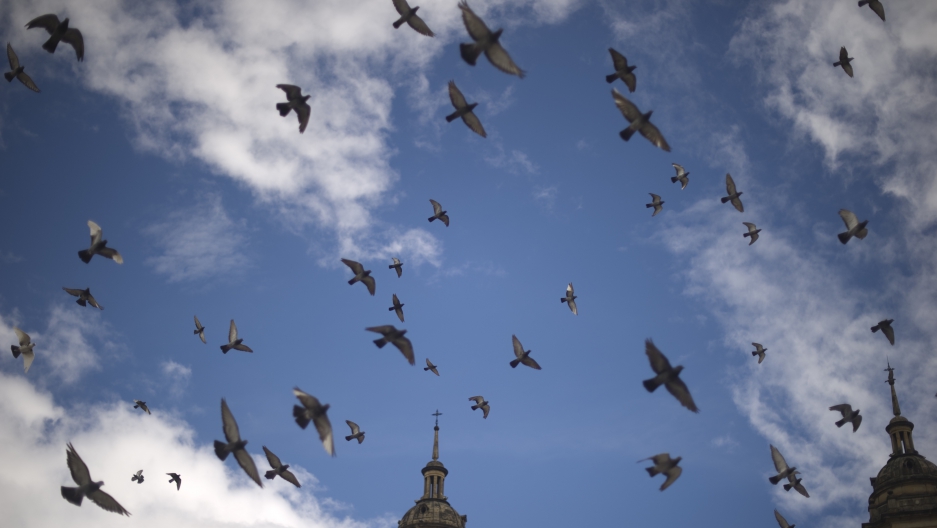 Researchers at the University of Otago in New Zealand have found that pigeons can count, order pairs and learn abstract mathematical rules, Discovery News reported.

In a study published in the latest issue of the journal Science, the researchers describe how they taught the birds to rank the numbers 1, 2 and 3.

According to Discovery News:

To do this, they presented the pigeons with three images containing one, two, or three objects. All three images appeared at once on a touch screen and the pigeons pecked the screen to make a response. If they correctly accomplished the task -- pecking the images in ascending order -- they received a wheat snack.

Later, the scientists showed the birds images of groups of 1, 2, 3, 4, 5, 6, 7, 8 or 9 objects, and again rewarded them if they pecked the pictures in ascending order. Even though the pigeons had not seen images of 4 or more objects, they still pecked images of lower numbers first, indicating that they had learned an abstract rule, the New York Times reported.

Until now, the ability to learn an abstract mathematical rule had only been observed in rhesus monkeys, the New York Times reported.

"It would be fair to say that, even among birds, pigeons are not thought to be the sharpest crayon in the box," the study’s lead author Damian Scarf told Discovery News. "I think that this ability may be widespread among birds.”

Elizabeth Brannon, a professor of psychology and neuroscience at Duke University who did similar experiments with monkeys in the 1990s, was impressed by outcome of the study, the New York Times reported. “Their performance looks just like the monkeys,” she said.