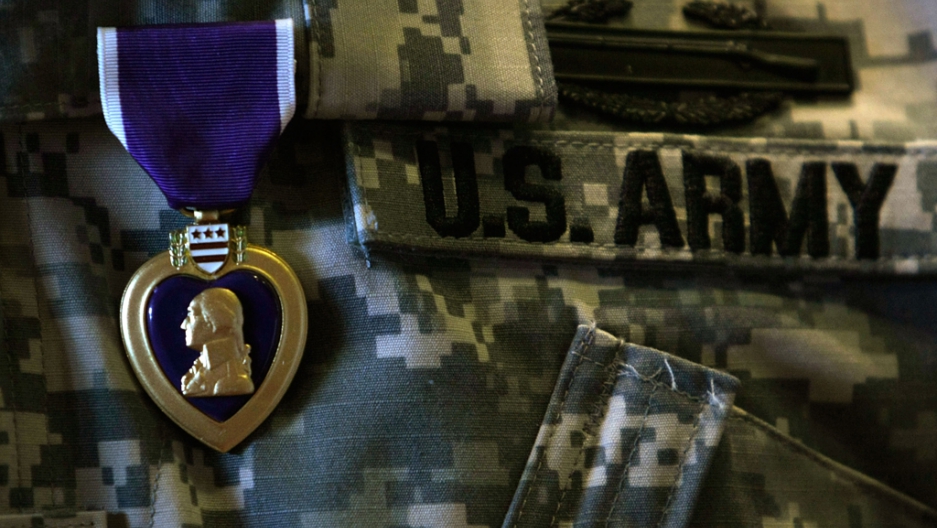 A serviceman from West Michigan sold his Purple Heart, a military decoration given to solders who have been wounded or killed in service, to a pawnshop for holiday cash.
Credit: Alex Wong
Share

Desperate for holiday cash, a soldier from West Michigan sold his Purple Heart to a pawn shop in November, and the town has been buzzing ever since.

According to the Holland Sentinel, the unidentified soldier sold the medal, which honors soldiers who have been wounded or killed while in service, to Bryan Vandenbosch, owner of the A-Z Outlet pawn shop.

“He was falling on hard times,” Vandenbosch said. “He said the same thing everybody else who comes in here says. He was short on funds.”

The seller is reportedly an active-duty soldier, on leave from Afghanistan. He has another Purple Heart in his possession.

The transaction took place a few weeks before Thanksgiving. Since then, the Purple Heart has been sitting on display for others to see.

"I won’t ever sell it," he said. "If he ever decides he wants it, it will be here waiting for him.”

That does not mean he has not been getting any offers, however.

"As word began to spread about the medal," Military.com reported, "Vandenbosch says the phone has been ringing off the hook with people wanting to help."

Vandenbosch said that many are willing to pay for it so the soldier can get it back.

One interested buyer is a Vietnam veteran named Garrett Vanderduim, who told Military.com that the medal stands for a lot.

"A Purple Heart is a treasured thing among service guys," he said. "I thought it would be a good thing to help out, especially during Christmas time."