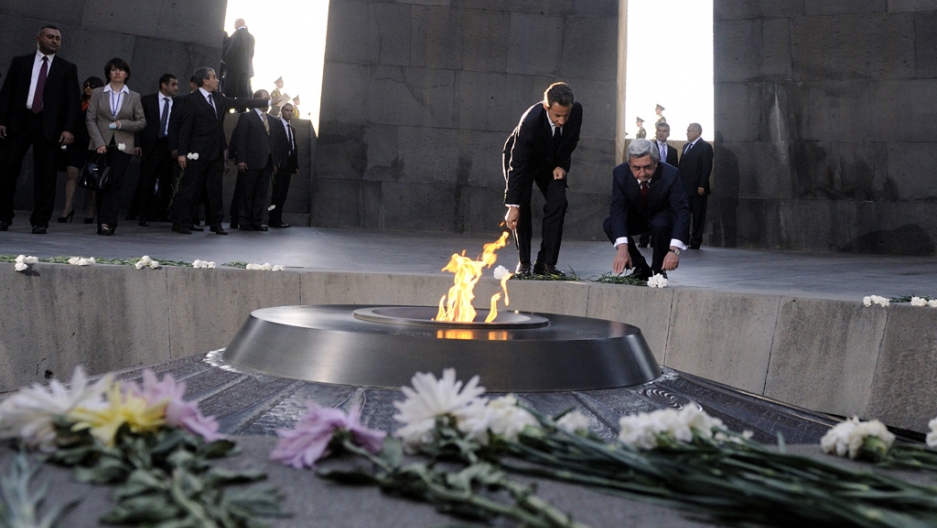 Despite wide disapproval from Turkey, France may pass a bill making it illegal to deny the Armenian genocide, the Associated Press reported.

The bill is being considered in France's lower house of parliament.

Punishment for denial will include a one-year prison term and a large fine (about $58,500).

This will put denying the genocide, which is estimated to have killed 1.5 million Armenians during World War I, on par "with Holocaust denial, which was banned in the country in 1990."

According to BBC News, more than 20 countries acknowledge the mass killings as a genocide.

Turkey, however, does not acknowledge it.

It also states that many Turks were killed as well, when "Armenians rose up against the Ottoman Empire during World War I when Russian troops invaded eastern Anatolia, now eastern Turkey," the BBC reported.

Read more from GlobalPost: Turkey, Armenians and the word "genocide"

The prime minister of Turkey, Recep Tayyip Erdogan, wrote to French President Nicolas Sarkozy last week saying that the bill was "hostile" and it "targeted Turkey and Turks living in France."

Turkey fears that if France ended up passing this bill, "serious and irreparable" consequences will occur for Franco-Turkish relations, according to Al Jazeera.

"It is not possible for us to accept this bill," said Abdullah Gul, the president of Turkey.

Gul believes that the bill will deny Turks "the freedom to reject unfair and groundless accusations targeting our country and our nation."