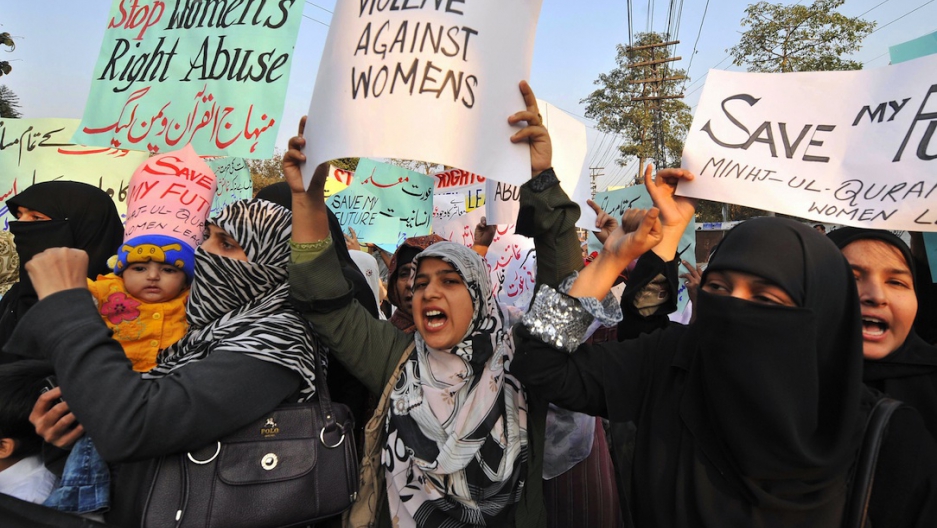 In Pakistan, at least 675 women and girls were murdered in the first nine months of 2011 for defaming their family's so-called honor, the Human Rights Commission of Pakistan told AFP.

So-called honor based violence can occur in communities where the concepts of honor and shame are fundamentally linked to the behaviors of both individuals and families, particulary of women, according to the HRC.

Though there has been some progress in Pakistan on protecting women's rights, activists say that the government needs to do far more to prosecute murders that are largely dismissed by the police as private, family affairs.

Ali Dayan Hasan, Pakistan director at Human Rights Watch, said to the AFP that Pakistan's "inability to enforce rule of law, leaving matters in the hands of tribesmen and local elders" was a major factor in the number of honor killings.

“We have a system in Pakistan where the state and judicial recourse are absent and the vacuum is filled by local elders,” he said.

“A combination of legal reforms, exercise of administrative authority and social awareness can greatly help check the honor killings,” he added.

According to the Pulitzer Center, local tribal assemblies declare a woman "kari" - which literally translates to "black female"- if she marries someone of her own choosing or is rumored to have acted "dishonorably." In order to restore the family’s honor, the family or the tribe must kill the woman.

A full report on honor killings in Pakistan is expected in February.

According to the HRC, at least 71 of the victims were under the age of 18.

According to the official, who spoke on condition of anonymity to the AFP, there is no discernable decrease in killings this year.  In 2010, there were 791 honor killings in Pakistan.

Some of the victims were raped or gang-raped before being killed. The official also stated that 19 were killed by their sons, 49 by their fathers, and 169 by their husbands.

According to the Asian Human Rights Commission, men in Pakistan can also be the victims of honor killings.

Earlier this month, a Belgian court sentenced four members of a Pakistan family to prison for the honor of their law student daughter and sister, AFP reported.