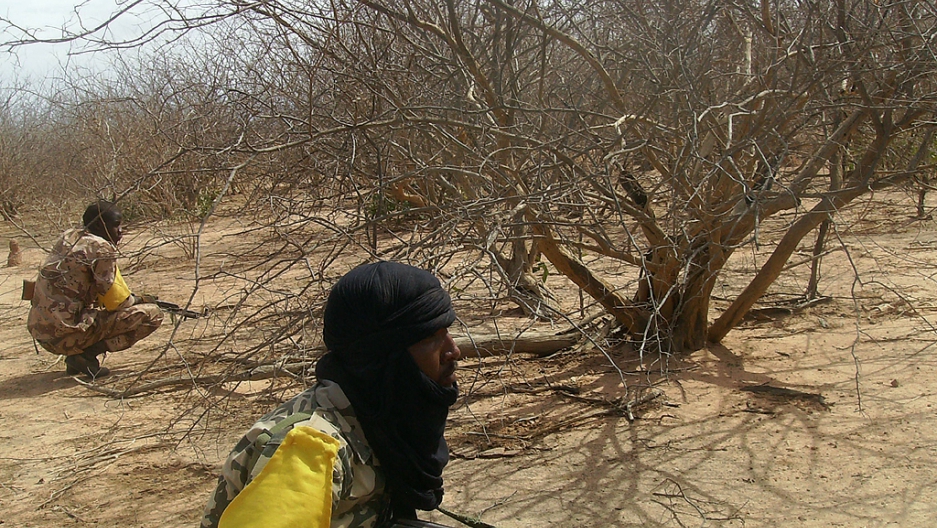 Malian troops check bushes on July 18, 2011, three weeks after a military raid dislodged Al-Qaeda in the Islamic Maghrab (AQIM) from its newly-built base in the Wagoudou forest. Situated 500km (300 miles) north-east of the Malian capital Bamako, on the border with Mauritania, the Wagadou Forest was to be used by AQIM as a base from which to carry out attacks in the region and store heavy weapons.
Credit: SERGE DANIEL
Share

AFP quoted an unnamed, high-ranking Algerian military official who confirmed the joint operation with soldiers from Mali. He did not comment, however, on the number of Algerian troops to have crossed the border - or how long the operation was expected to take.

"Algerian troops are currently stationed in northern Mali to assist the Malian army in the fight against terrorism," the Algerian military official told AFP.

Here’s AFP on other witnesses to the operation:

"We know there is a team of instructors of at least 15, including officers," a diplomatic source said, also on condition of anonymity.

Customs officials told AFP they saw a convoy carrying Algerian military between the northern towns of Kidal and Tessalit, near the Algerian border.

Earlier this year, Algeria was chosen to lead regional discussions on the creation of an anti-terror “joint task force” of up to 75,000 troops.

Al-Qaeda in the Islamic Maghreb, the North African branch of the terror network, is reported to have increased their operations in the Sahara Desert near Algeria, Mali, and Mauritania.