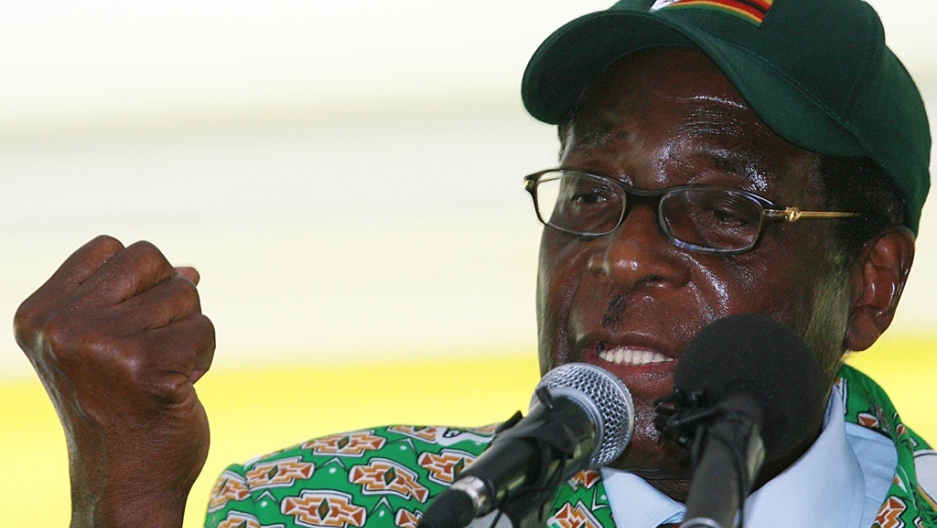 Zimbabwe's President Robert Mugabe gives his trademark clenched fist salute as he speaks to officials of his Zanu-PF party on December 17, 2010. Mugabe said if America and Britain maintain sanctions on Zimbabwe his party will advocate for revenge and a takeover companies owned by western nationals
Credit: Desmond Kwande
Share

Many Zimbabweans are celebrating the death of North Korea's Kim Jong Il.

They resent the longstanding ties that President Robert Mugabe has with North Korea. This antipathy to the North Korean regime is especially strong in Matabeleland, in southern Zimbabwe. North Korean troops specially trained the Zimbabwe National Army's Fifth Brigade before it was deployed into Matabeleland in 1983 on a brutal mission to crush a small but violent protest group. An estimated 20,000 Matabeleland civilians were killed in that brutal campaign and the Ndebele people of Matabeleland hold North Korean advisers responsible.

Zimbabweans are also rejoicing in Kim Jong Il's death on Facebook. While some say it is "unAfrican" to celebrate death, many feel so bitter that they cannot hide their happiness.

However, Robert Mugabe, 87, is reported to be mourning the death of his North Korean ally, just as he was saddened by the deaths of the North Korean leader's father, Kim Il Sung, years earlier and Romanian dictator Nicolae Ceaucescu. And who can forget Mugabe's recent praise for departed Libyan dictator Muammar Gaddafi?

After one of his visits to North Korea, Mugabe brought back specialists who helped set up the mass stadium displays in which Zimbabwean schoolchildren create giant portraits of Mugabe by holding up squares of colored cardboard.