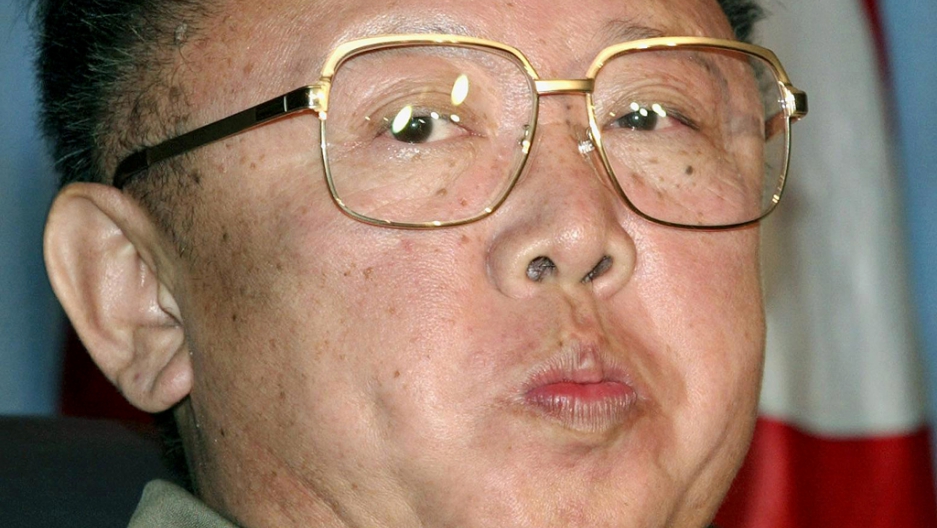 Legend has it that a double rainbow and a glowing new star appeared in the heavens to herald the birth of Kim Jong Il, in 1942, on North Korea's cherished Baekdu Mountain. Soviet records, however, indicate he was born in the Siberian village of Vyatskoye, in 1941. The people of North Korea, many of whom are reportedly battling famine, are apparently told that Kim's birthday is celebrated throughout the world.

Perhaps one of the reasons the North Korean leader was so reclusive was his fear of flying, which he inherited from his father, Kim Il Sung. Kim rarely traveled abroad, and when he did it was by train – once taking a luxury rail car all the way to Moscow. In August GlobalPost reported that Kim visited Russia for talks with President Dmitry Medvedev, in an effort to shore up support for a transfer of power to his third son Kim Jong Un. Kim's preference for rail travel is poignant because his death reportedly occurred during a train journey to a region outside of the capital, Pyongyang.

German media reported in 2007 that Kim hoped to solve the famine in his country by breeding giant rabbits. An east German farmer who bred rabbits the size of dogs was apparently asked by North Korea to help set up a big bunny farm to alleviate food shortages. To get things going, he sent a batch of 12 giant rabbits to North Korea, but was shocked to hear they were eaten at Kim's birthday banquet that year.

While Kim was on his famous 2001 train trip to Moscow, a Russian envoy who traveled with him said roast donkey and fresh lobsters were flown to the train every day. Kim also reportedly ate the food with silver chopsticks, and washed it down with French wine and Champagne. Kim was also said to be one of the world's biggest buyers of Hennessey cognac.

Official records reportedly show that Kim learned to walk at the age of three weeks, and was talking at eight weeks. While at Kim Il Sung University, he apparently wrote 1,500 books over a period of three years, along with six full operas. According to his official biography, all of his operas are “better than any in the history of music." Then there's his sporting prowess. In 1994, Pyongyang media reported that the first time Kim picked up a golf club, he shot a 38-under par round on North Korea's only golf course, including 11 holes-in-one. Reports say each of his 17 bodyguards verified the record-breaking feat. He then decided to retire from the sport forever.

6. Built a city for propaganda

In the 1950s Kim built an entire city called Kijong-Dong, also known in North Korea as the Peace Village, which was designed only for propaganda. It is situated in the North's half of the Korean Demilitarized Zone, and to this day it has no residents. Western media, particularly in South Korea, refer to it as Propaganda Village.

Standing at at 5-foot-3, Kim was a curious figure with his bouffant hairdo, platform shoes and collection of jumpsuits. And let's not forget those sunglasses. But nevertheless, Rodong Sinmun, a communist party newspaper, reported that Kim Jong Il's suits had become a global fashion phenomenon. His “fashion icon” status has also reportedly been transferred to son and successor, Kim Jong Un. Word is that the slick, trimmed haircut of Kim the younger, who may have had plastic surgery to look more like his father, is being mimicked by countless youths on the streets of Pyongyang.

Kim was said to be an avid film collector, amassing more than 20,000 video tapes and DVDs. His favourite flicks reportedly included Friday the 13th, Rambo, Godzilla, Hong Kong action fims, and anything starring Elizabeth Taylor. In 1978, he ordered the kidnapping of South Korean film director Shin Sang-ok and his actress wife Choi Eun-hee so they could build a North Korean film industry. A decade later, they reportedly escaped while on a trip to Austria, and have since been granted refuge in the United States.

When Kim was aged five or six, his younger brother Shura Kim drowned in the family's swimming pool. Unconfirmed Soviet reports said that Kim was responsible for the accident. His mother died in childbirth the following year.

It is reported that Kim's official biography on the North Korean state web site, which has since been taken down, claimed that Kim did not defecate. Enough said.