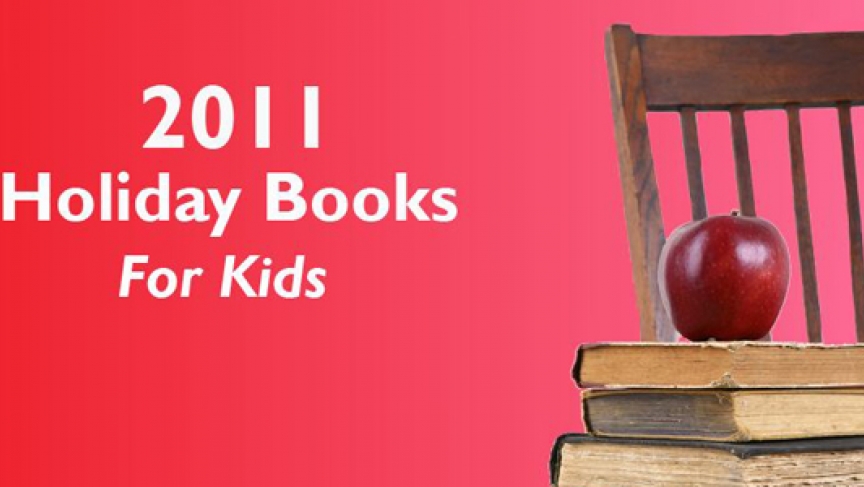 Share
By Carol Zall I absolutely love children's books — especially really great ones. And for those of you who've come here looking for a list of the great books we talked about on air, I won't keep you waiting. Here they are: "Mr Benn — Red Knight" by David McKee "The Iron Giant" by Ted Hughes with illustrations by Laura Carlin "I Want My Hat Back" by Jon Klassen "Paul Thurlby's Alphabet" by Paul Thurlby "Math Girls" by Hiroshi Yuki, translated by Tony Gonzalez "Akata Witch" by Nnedi Okorafor Every year we try to find the international kids' books that stand out from the crowd, and every year I come across some incredible books. I especially look for terrific artwork, and like to find the books that transcend the children's genre and appeal to readers of all ages. This year saw the re-release of "Mr Benn — Red Knight," which was originally published in the UK in 1967. It was the inspiration for a very popular British children's tv show, also called Mr Benn (you can check out the show here). "Mr Benn — Red Knight" was re-issued this year to celebrate the fortieth anniversary of the tv show. The eponymous main character is a bowler-hatted, rather proper gentleman who's looking for a costume for a party. He comes across a costume shop, and "as if by magic," the shopkeeper appears. (I believe the phrase "as if by magic" has made its way into the British lexicon from this show). Mr. Benn tries on a knight's costume, and suddenly finds himself in a medieval setting. Once there, he sets about having adventures with kings and dragons. The story itself is very charming, and the artwork is stunning My second pick is another re-released British kids book, this one originally published in 1968. It's "The Iron Giant" by poet Ted Hughes (the same Ted Hughes who was married to Sylvia Plath). In the UK this book is called "The Iron Man," but for copyright issues it's "The Iron Giant" in the US. It's well known in Britain and is on many a school curriculum there. This new edition is loaded with drawings by artist Laura Carlin. She told me that she created paper cut-outs of the iron giant, then had them photographed in a studio so that they would cast a shadow on the paper. None of the other drawings in the book cast shadows — until the end, when the characters, having redeemed themselves in a fashion, become more three-dimensional. It's a pretty cool idea — you can see an example of it in the illustrations above. The book also has lots of interesting features like cut-outs and fold-out sections with full page drawings. Next there's "I Want My Hat Back" by Canadian author Jon Klassen. It's the perfect marriage of dry wit and beautiful art. It's all about a bear who loses his hat and questions many animals about whether they've seen it. He runs into a rabbit (wearing a hat) who claims that he hasn't seen the bear's hat. The bear thanks him and moves along… but later he suddenly realizes what he's seen on the rabbit's head. At the end of the book we see that the bear is once again wearing his hat… and he claims that he has not seen a rabbit, and would never eat one. If that made you smile, you'll like this book. "Paul Thurlby's Alphabet" is a wonderful book. On one level, it's a traditional alphabet book, but it breaks all the rules by choosing unusual words (Y is for Yoga, V is for Vicious) to illustrate each letter. The artist also incorporates each letter into the illustration for that letter — so for instance, the 'N for newspaper' page shows a large letter N made of what appears to be the New York Times, complete with photographs. Thurlby drew the newspaper himself, and told me that he snuck a photo or two of himself into it (he's the boy in the photo under the "Missing" caption). Each of his letters is meticulously conceived — he often uses old books and pieces of paper for backgrounds, and his art has a very stylized, retro feel. He told me that his publisher wants to create a Paul Thurlby brand — hence the title, "Paul Thurlby's Alphabet" — so look out for more Paul Thurlby books in the future. Finally, a couple of books for older kids. The first is "Math Girls" by Hiroshi Yuki and translated from Japanese by Tony Gonzalez. This is a novel, but it's like no novel you've ever seen. There are mathematical equations on almost every page. I don't think it's for everyone (or even for most kids — or for me!) but it was a big hit in Japan, and for the young teen who loves math, this might be a great — and very different — book. Finally, one other intriguing book is "Akata Witch" by Nigerian-American author Nnedi Okorafor. It was described to me by one book buyer as "Harry Potter in Nigeria" — but better. The main character is Nigerian by ancestry but was born in the US. As a child, she moves with her family back to Nigeria. Once there, she discovers that she has magical abilities…. and once she has become friends with other kids who have magical powers, the group find themselves trying to help catch a serial killer. For kids who have the Harry Potter bug but also are interested in other cultures, or perhaps have the experience of straddling two cultures themselves, this book is an obvious choice.