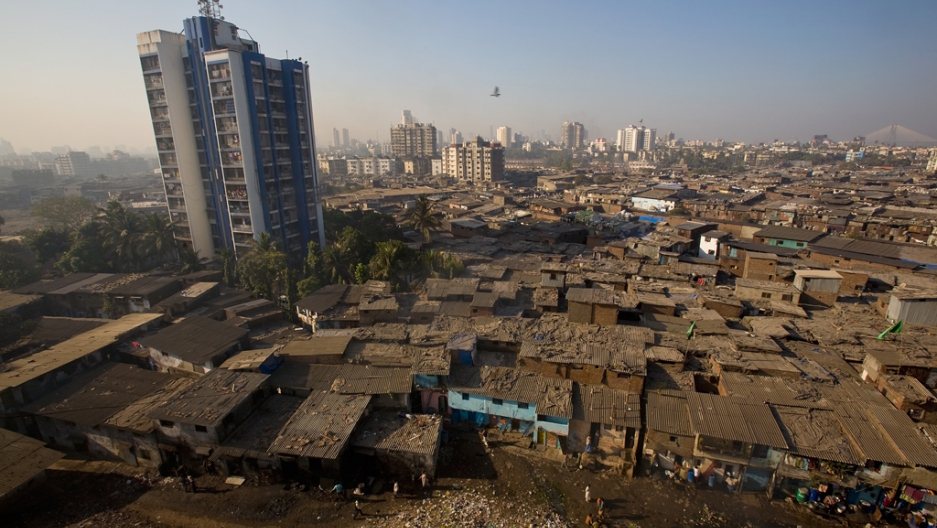 NEW DELHI, India — Don't bother looking for a bigger dream. Nobody has tried anything this crazy in India since George Everest set out to measure the British colony with trigonometry and a very, very long chain back in 1830.

Over the next 20 years, India will spend $90 billion to lay the foundations for 24 new cities, creating an industrial corridor stretching across the country from Delhi to Mumbai. And, for practically the first time since the 1950s, these new urban centers won't mushroom haphazardly, with roadways and drainage systems crammed in as an afterthought.

Their development will be carefully orchestrated by super-bureaucrat Amitabh Kant — an Indian every bit as ambitious as the Brit who surveyed the height of the world's tallest mountain.

The Futurists: The science of cyborgs

Since Mohandas Gandhi first said that India lives in its villages, this country has shunned big manufacturing and resisted urbanization, pushing farmer cooperatives and cottage industries as an alternative model for development.

As a result, cities have never been planned — at least not anyplace but on paper. Slums have mushroomed as migrants streamed in. And metropolises have morphed into megalopolises.

But if Kant's paradigm shift takes, that's about to change.

India needs 30 years or so of near-10 percent economic growth if it is to bring its massive population out of poverty. Industrialization and urbanization is the only way to do it.

According to Mckinsey & Co., 70 percent of GDP will come from cities by 2030. And Kant — a suave, erudite bureaucrat best known for developing the tourism ministry's “Incredible India” ad campaign — is in the driver's seat.

The lynchpin is a high-capacity railway dedicated to freight transport. Connecting Delhi to Mumbai, the 1500-kilometer, high-speed rail network would convert the cheap labor centers of India's hinterland into viable manufacturing hubs, by slashing the time needed to move goods to India's ports and major metros.

The Futurists: Getting up-close with volcanoes

In the process, the so-called Delhi-Mumbai Industrial Corridor (DMIC) would curb the disastrous, unplanned sprawl of India's two largest cities. It would check the daily migration of hundreds of thousands of destitute farm workers by transforming India from the world's back office into the world's manufacturing hub and creating millions of jobs. And it would solve some of the worst problems of existing Indian cities by providing green energy, clean water and affordable housing.

That is, if it materializes.

“The challenge is that since India has been a very reluctant urbanizer, how can we use good technology to make a quantum jump?” Kant said.

That's putting it mildly. The real trouble is that India is great at making plans, and terrible at executing them.

To anybody who has seen the situation on the ground, the Delhi Development Authority's (DDA) Master Plan 2021 reads like science fiction. And if the DDA's track record on its the master plans of 1962 and 2001 is any indicator, it's not likely to deliver on its new vision unless Mars attacks.

The Futurists: Milk from clothing

Other Indian city planners have proven just as impotent. So what gives Kant hope for this project, which is even bigger, and will depend on the goodwill of no less than seven different states?

Partly, it's blind faith. But there's method to Kant's madness, too.

Today, almost 65 percent of India's freight moves by truck, trundling down potholed, two-lane highways. It can take 12 to 14 days for a shipment from Delhi to reach Mumbai, which makes the cost of logistics ridiculously high. In contrast, his high-capacity train will put goods from the DMIC into India's ports within 24 hours.

At the same time, through the DMIC Development Corporation that Kant heads, the central government will fund and build what he calls the trunk infrastructure of the 24 manufacturing hubs along the railway.

“When that happens, you open up new areas on either side [of the tracks] which can be developed for manufacturing and feed this dedicated freight corridor,” he said.

That means Kant's team will lay out and build the roadways, drainage and sewers for the new cities, setting the framework before real-estate developers can lumber in and convert everything into residential high rises, as happened with many of India's ballyhooed Special Economic Zones.

It also means that the toughest pieces of the puzzle — low-cost housing, for instance — will be bought, paid for, and built by the central government before the industrial boom begins.

To make it happen, India has partnered with Japan to build the freight line, tapped the expertise of some of the world's biggest infrastructure, technology and architecture companies to plan the cities and sought funding and advice from international agencies.

“The important thing is to bring in a big vision, in terms of taking detailed designing and engineering to another level, and then ensuring that the project is implemented according to that detailed design,” said Kant.

Consider the first phase. By 2018, the freight line will be in place and the first seven manufacturing cities will be developed. Today, they don't even have names. They're still known as mouthfuls like Dadri-Noida-Ghaziabad and Pithampur-Dhar-Mhow, reflecting how they will merge smaller existing cities into large industrial metropolises.

But the plans already detail early-bird projects for items like a 1,000-acre integrated logistics hub in Greater Noida, outside New Delhi, an exhibition and convention center near Manesar, in Haryana, and an “aerotropolis” comprising a cargo terminal, warehouses and other facilities near Neemrana, in Rajasthan.

Map overlays depict a “Knowledge City” reminiscent of North Carolina's Research Triangle in the midst of farmland along the Delhi-Jaipur highway and skill development centers to provide technical training in places like provincial Madhya Pradesh.

Aquifer recharge systems and desalination plants, gas-fired power plants and solar-energy farms are slated for the deserts of Gujarat and Rajasthan. And so-called “smart communities” — utilizing urban planning and green technology to reduce the environmental impact of cities — have been drawn up for key locations along the corridor.

Science fiction? Maybe. Or maybe it's India's version of “If you build it, they will come.”